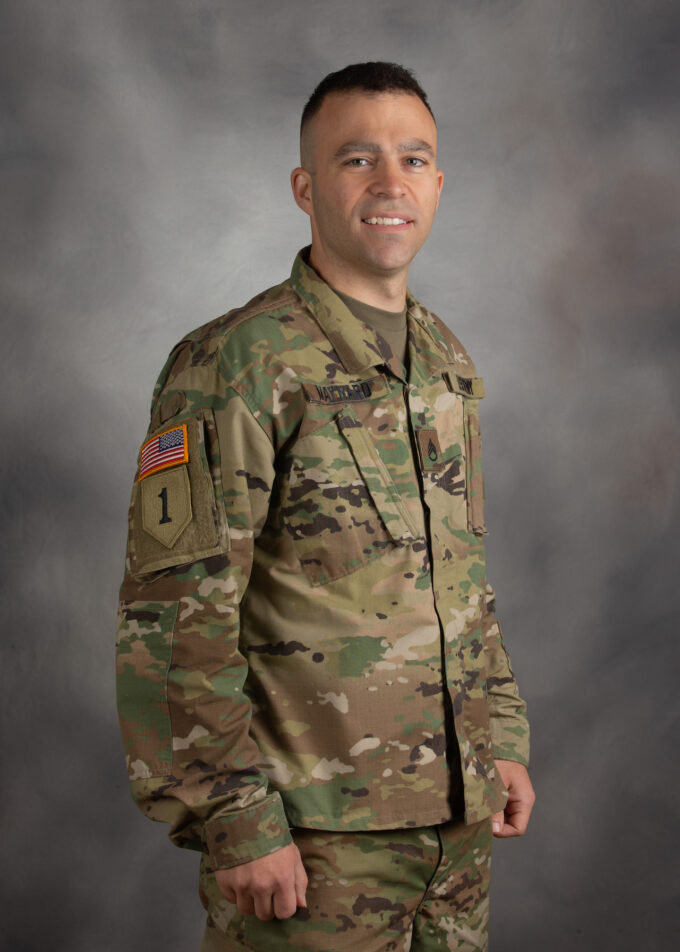 A native of Columbus, OH, SSG A.J. Maynard joined The U.S. Army Band "Pershing's Own" in 2017 as an Audio Engineer. He began his Army service in 2004, joining the Army Reserves as a guitarist, and eventually deploying with the 1st Infantry Division Band as a guitarist to Iraq in 2016-2017 during Operation Inherent Resolve. His professional audio career developed in New York City and Nashville as a broadcast and live music recording engineer. His work is featured on live recordings from giants Billy Joel, Elton John, Barbra Streisand, Ricky Martin, Willie Nelson, Korn, and many others. Maynard has been a part of several major live TV music broadcasts that include the Grammy Awards, MTV Video Music Awards, VH1’s Rock ‘n’ Roll Hall of Fame Induction Ceremony, and the NYC New Year's Eve Times Square broadcast. He holds a Bachelor of Professional Studies degree in music production from Berklee College of Music.