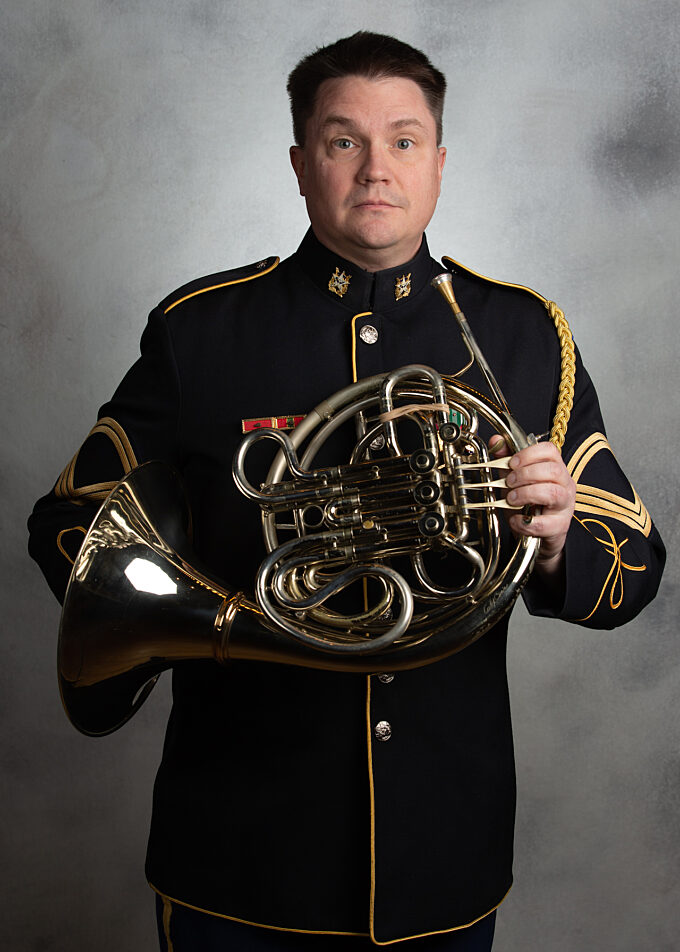 MSG Aaron Cockson is a native of Foley, Alabama. After completing his undergraduate degree in music education at Florida State University in 1995, he taught elementary, middle, and high school music for several years before returning to FSU for his master's degree. He also found time between degrees to attend basic training and join the 151st Army Band in Montgomery, Alabama, where he served as principal horn. After completing his master's degree in horn performance, Cockson auditioned and won a position with The U.S. Army Band "Pershing's Own" in 2001. In addition to being a member of the Ceremonial Band, he is the hornist in The U.S. Army Wind Quintet, and also serves as an Equal Opportunity Leader, a Voting Assistance Officer, and a Suicide Prevention team member.