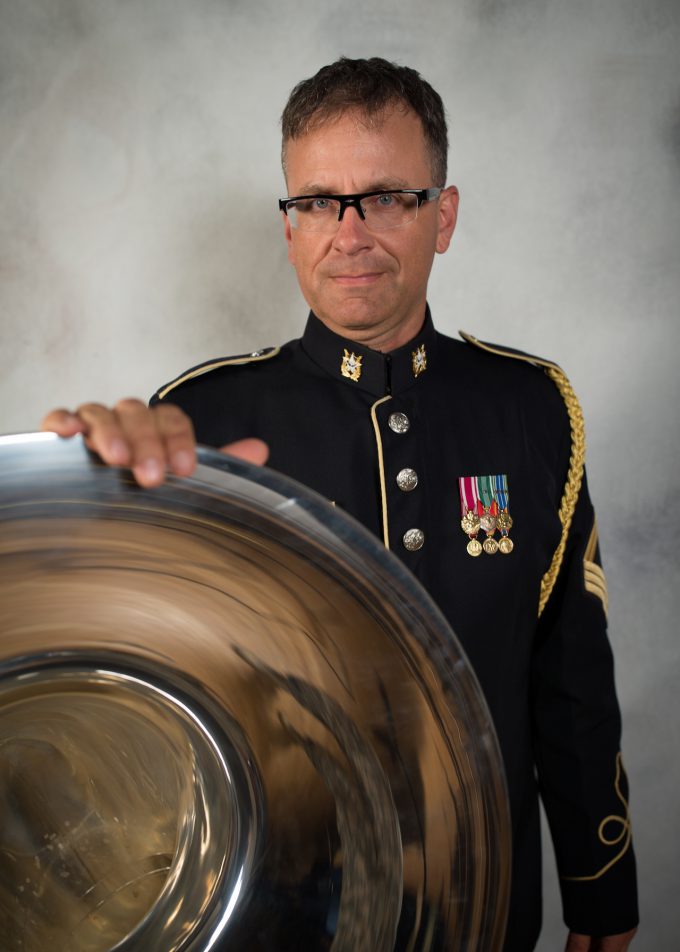 MSG Aaron Lovely has performed in orchestras and chamber ensembles throughout North America and Europe. In the years prior to enlisting in the Army, he worked in West Texas as a school band director and served as the interim conductor and artistic director of the Midland-Odessa Symphony and Chorale. In addition to his duties as tubist with The U.S. Army Band, Lovely frequently serves as Drum Major with the Ceremonial Band during Military funerals in Arlington National Cemetery and as the Senior Enlisted National Events Planner for the Military District of Washington.