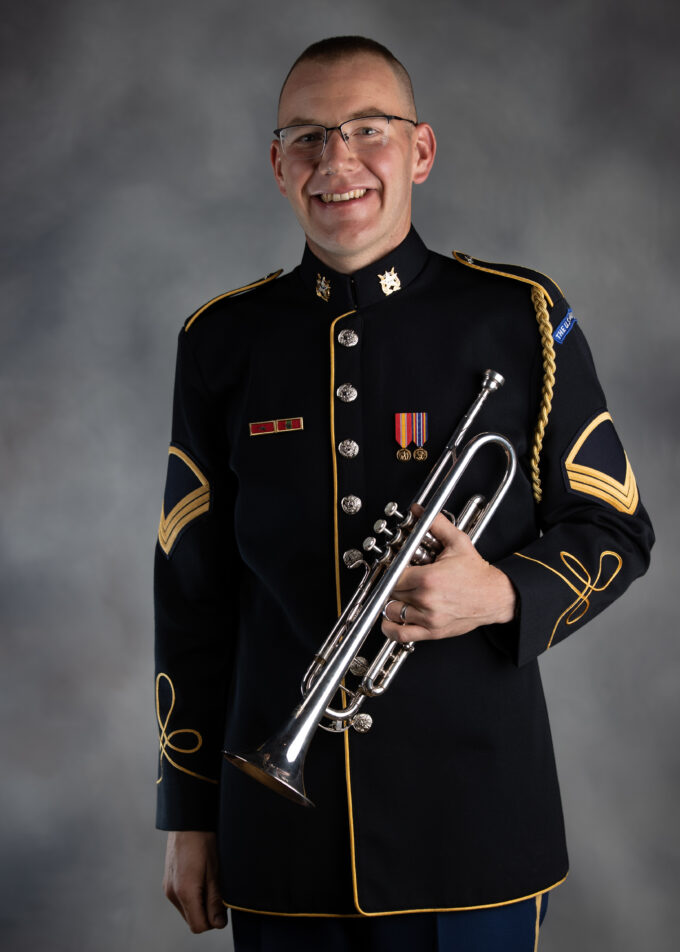 SSG Aaron Ney joined The U.S. Army Band “Pershing’s Own” in 2021. Growing up in Danielson, Connecticut, he started playing piano and then switched to trumpet in the third grade. He earned his undergraduate degree from the University of Texas at Austin under the instruction of Ray Sasaki. He went on to pursue graduate studies with Craig Morris at the University of Miami, where he served as a teaching assistant and Henry Mancini Institute Fellow. During his time at UM, he attended the Aspen Music Festival, including one summer as the Aspen Conducting Academy Fellow. Prior to joining TUSAB, he was a trumpet fellow at the New World Symphony in Miami Beach, Florida under Michael Tilson Thomas. During that time, he was able to share the stage with conductors such as Miguel Harth-Bedoya, Carlos Miguel Prieto, Matthias Pintscher, and John Williams in addition to many soloists including Emanuel Ax, James Ehnes, Augustin Hadelich, Itzhak Perlman, Daniil Trifonov, and Yuja Wang. Other significant teachers throughout his studies include David Bilger, Michael Sachs, Barbara Butler, and Ray Mase.