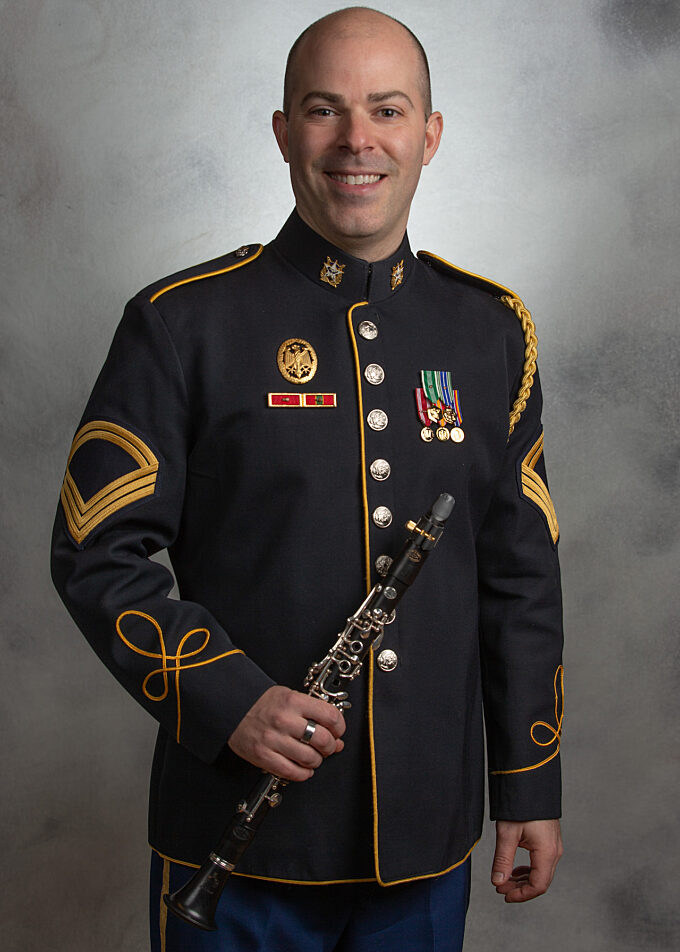 Since arriving to The U.S. Army Band "Pershing's Own", SFC Aaron D. Scott has performed concerts, ceremonies, and master classes throughout the Washington, D.C., metro area and across the United States at notable halls such as the Kennedy Center, The Academy of Music, and Avery Fisher Hall at Lincoln Center. In addition to the Concert Band, Scott performs with The United States Army Woodwind Quintet reaching communities and schools across the nation.Prior to his appointment to The U.S. Army Band "Pershing's Own", Scott served as principal clarinet of the Warren Philharmonic Orchestra in Warren, Ohio and was previously the second/E-flat clarinet. Scott also had the privilege of performing with The New World Symphony, Dayton Philharmonic Orchestra, and the Youngstown Symphony Orchestra.As an active chamber musician, Scott has also performed in a multitude of festivals throughout Europe and North America. Popular music festivals such as the American Institute of Musical Studies in Graz, Austria, the Opera Theatre and Music Festival of Lucca, Italy, Sarasota Music Festival in Florida, Brevard Music Center of North Carolina, and Hot Springs Music Festival of Arkansas are some of his favorites.