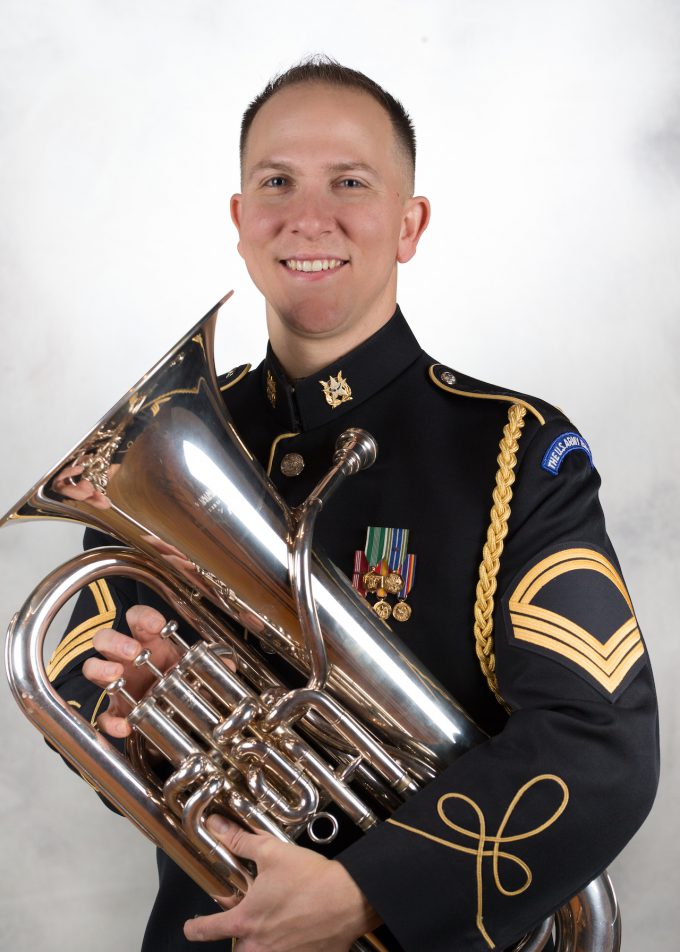 MSG Adam Lessard hails from Athens, GA and joined The U.S. Army Band “Pershing’s Own” in March of 2007. Lessard attended the University of Georgia where he earned his bachelor's degree studying with Dr. David Randolph and David Zerkel; the Royal Northern College of Music in Manchester, UK, studying with Steven Mead; and the University of North Texas with his masters degree, studying with Dr. Brian Bowman. Lessard won both the Music Teachers National Association (MTNA) High School Brass competition and the Falcone International Tuba Euphonium Student Competition in 1998. He placed 2nd in the 2003 MTNA College Brass Competition and 2006 Falcone Artist Competition and was a finalist in the 2006 International Tuba Euphonium Conference Artist Competition. Lessard has also performed with both the Kennedy Center Ballet and the National Symphony Orchestra.