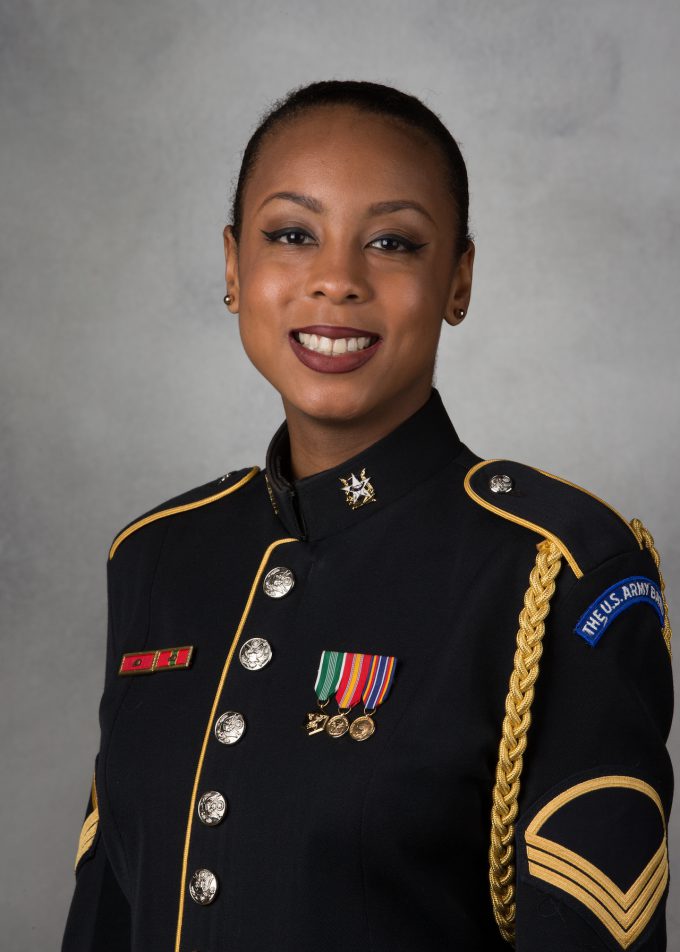 SFC Adiza Jibril hails from Staten Island, New York, and is a graduate of the Ithaca College School of Music Vocal Performance program. During her time at IC, she studied with notable teachers such as Deborah Lifton and Dawn Pierce. An active member of IC’s Opera Workshop, she took part in a number of main stage and studio operatic productions: ‘La Natura’ (Cavalli’s La Calisto); ‘Sem’ (Britten’s Noah’s Flood); Mozart’s The Magic Flute (ensemble); Suor Angelica (‘Sister,’ and understudy for ‘Suor Dolcina,’ and the ‘First and Second Lay Sisters’); and ‘Little Tree’ (Britten’s Paul Bunyan). In 2012, she played the role of ‘Slave Woman’ in the world premiere of the opera Wolf by the Ears by Dana Wilson. In May 2013, shortly after graduating from Ithaca College, Jibril became a member of The United States Army Band where she currently sings with The U.S. Army Voices. In her spare time, she enjoys reading, spending time with friends, and practicing and teaching yoga.