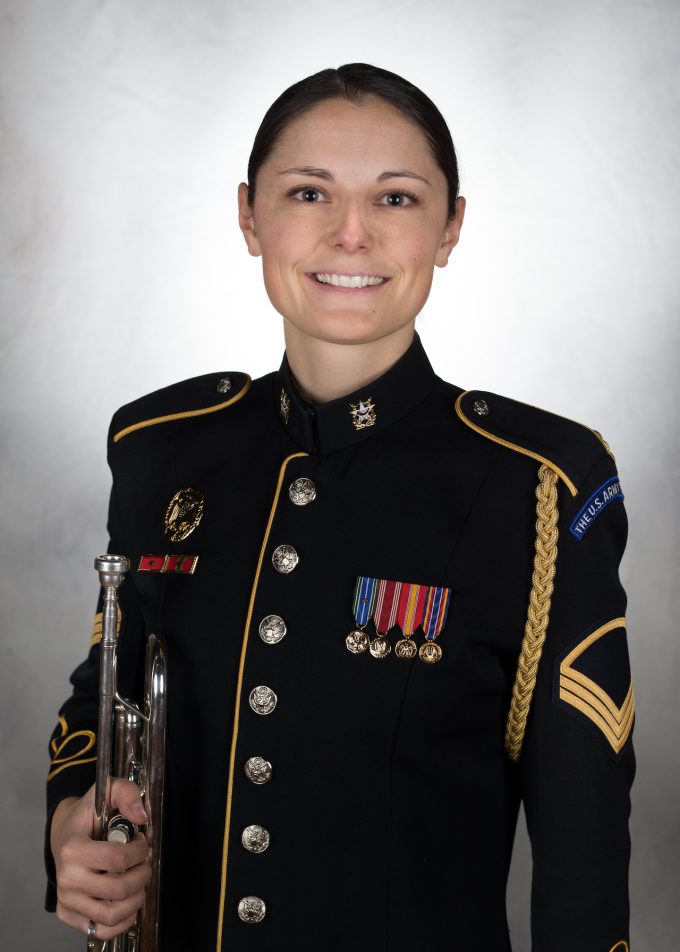 SFC Adrienne Doctor joined The U.S. Army Band “Pershing’s Own” in 2014. Doctor grew up in Pittsburgh, PA. In 2011, she completed her undergraduate in music education at the University of Cincinnati College-Conservatory of Music where she also finished her master's degree in trumpet performance. An active freelance musician and teacher, she has performed with Monarch Brass, Seraph Brass, the Virginia Symphony Orchestra, the Cincinnati Chamber Orchestra, and the Dayton Philharmonic. She has also been a judge for military band mock auditions and competitions at various conferences to include the International Trumpet Guild, the National Trumpet Competition, and the International Women's Brass Conference. An active clinician, she has performed at and given masterclasses at dozens of universities around the country. Her primary teachers include Philip Collins, Alan Siebert, Roger Sherman, and Chris Gekker. Her husband is a bugle musician with the United States Army Old Guard Fife and Drum Corps and they have a young daughter who thinks that everyone plays the trumpet.