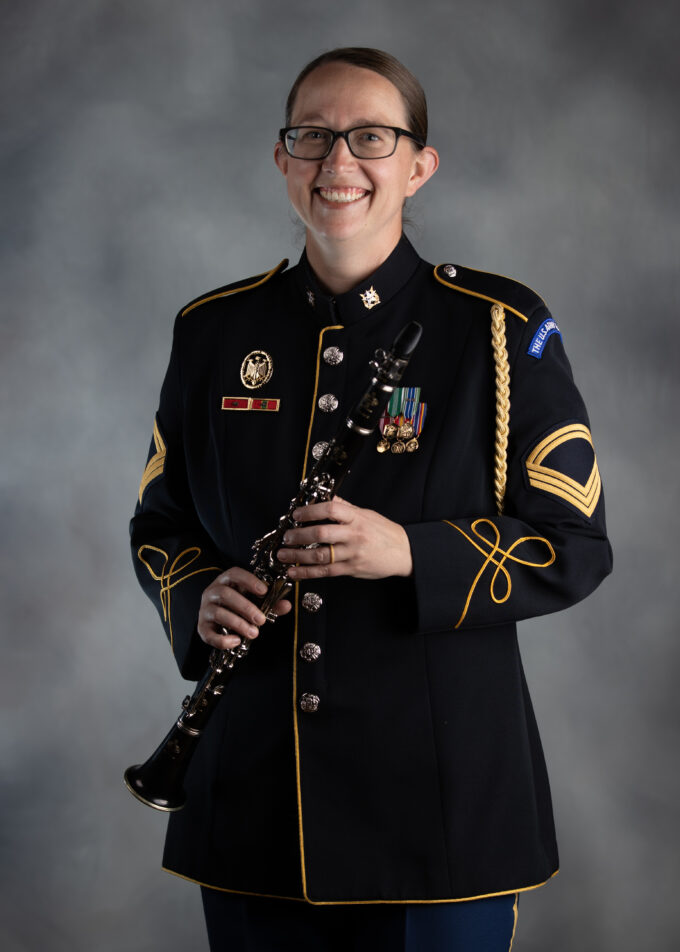 SFC Adrienne Hodges joined The U.S. Army Band "Pershing's Own" in 2013. She began her military service in 2010 as a member of The U.S. Army Field Band. With The Army Field Band, she performed on national concert tours across the United States as a member of the concert band and woodwind quintet. Hodges received her Bachelor and Master of Music degrees from the Eastman School of Music, and her clarinet teachers include Jon Manasse, Susan Warner, Robert DiLutis, and Ken Grant.