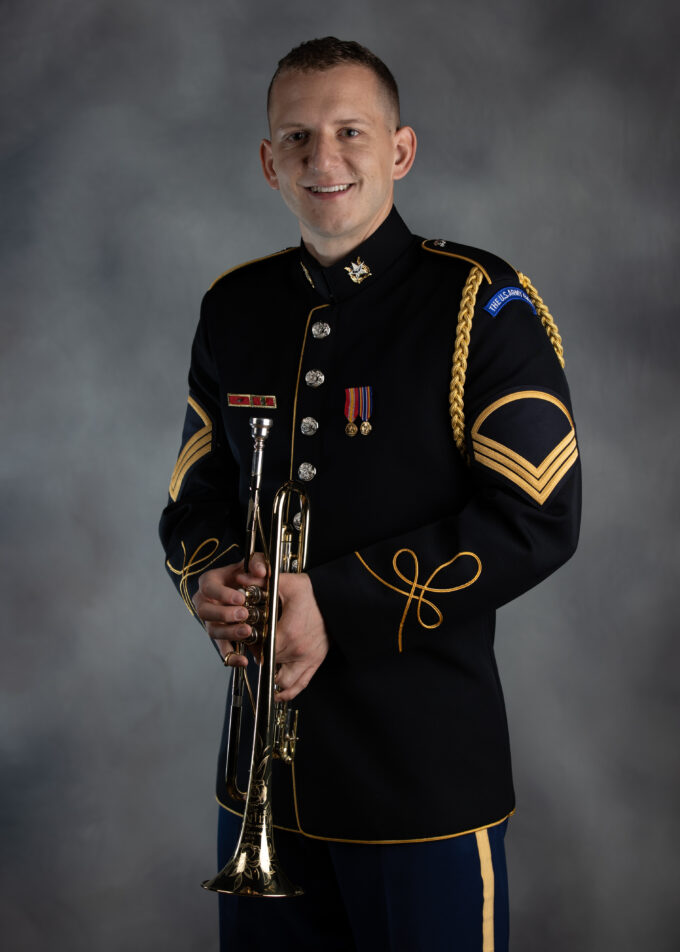 SSG Alexander “Alec” Aldred is a trumpet player, arranger, and composer originally from Waukesha, Wisconsin. In 2016, Aldred graduated from the University of Miami’s Frost School of Music with a bachelor’s degree and continued his studies at Manhattan School of Music, obtaining a master’s degree in 2018. In 2015, he placed second in the National Trumpet Competition - Jazz Division and was one of the three finalists in the 2019 International Trumpet Guild Jazz Solo Competition. He has studied extensively with jazz trumpet greats Brian Lynch and Scott Wendholt. While Aldred was a member of the chamber jazz trio Sound Underground, the group released 3 critically acclaimed albums and toured Eastern Europe twice as well as touring extensively within the US. Aldred has played at major music festivals in Bulgaria, Serbia, and Mexico as well as the Kennedy Center’s Millennium Stage. In 2019, Aldred played on Brian Lynch’s Grammy award-winning big band album, “The Omni-American Songbook.” “Momentarily Temporary,” Aldred's first album as a band leader, was released in 2020 on Brian Lynch’s record label, Hollistic Musicworks. From 2016-2020, before joining "Pershing’s Own," Aldred was a freelance musician in New York City.