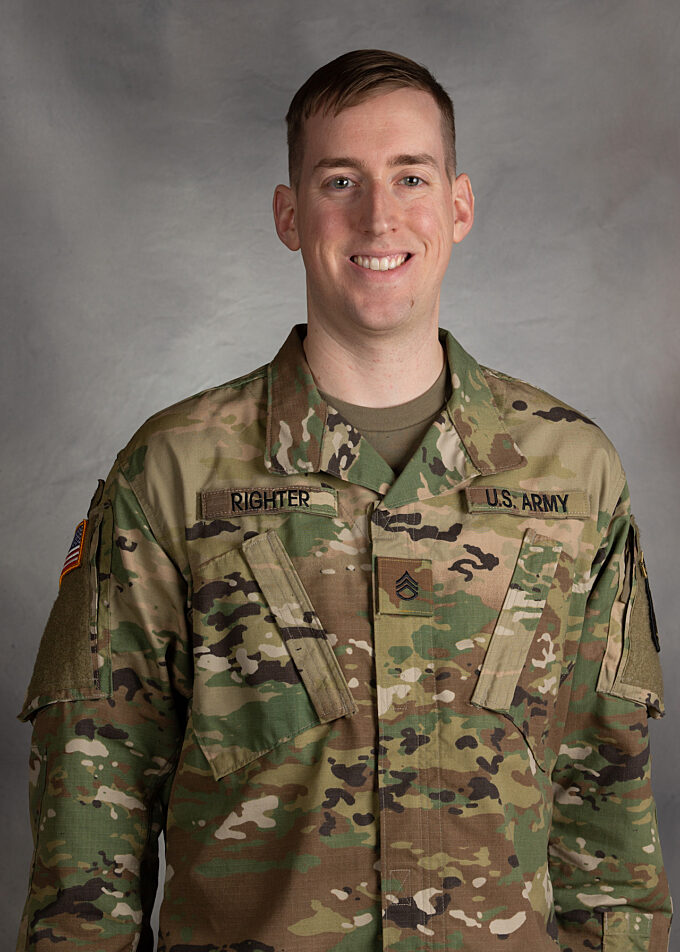 SSG Alex Righter joined The United States Army Band "Pershings Own" in 2017 as a member of the Support Staff with a specialty in Audio Engineering. Righter earned a Bachelor of Music degree from James Madison University in 2010 where he majored in Music Industry with a concentration in Tuba. Prior to joining TUSAB, he worked at Clean Cuts and Cerebral Lounge post production studio in Washington, D.C., for seven years as a Sound Designer/Mixer. He worked on audio content for television, radio, web, podcasts, audiobooks, and video games. Some notable projects include marketing content for Discovery Communications, National Geographic, and Scripps Networks; designing and implementing audio for mobile, PC and Oculus video games; and mixing spatial audio for Virtual Reality 360 degree videos. After attending JMU, Righter also was an active freelance live sound and recording engineer, acoustic consultant, and musician specializing in Tuba. He currently lives with his wife Amber and three dogs, Diego, Neva, and Waldo.