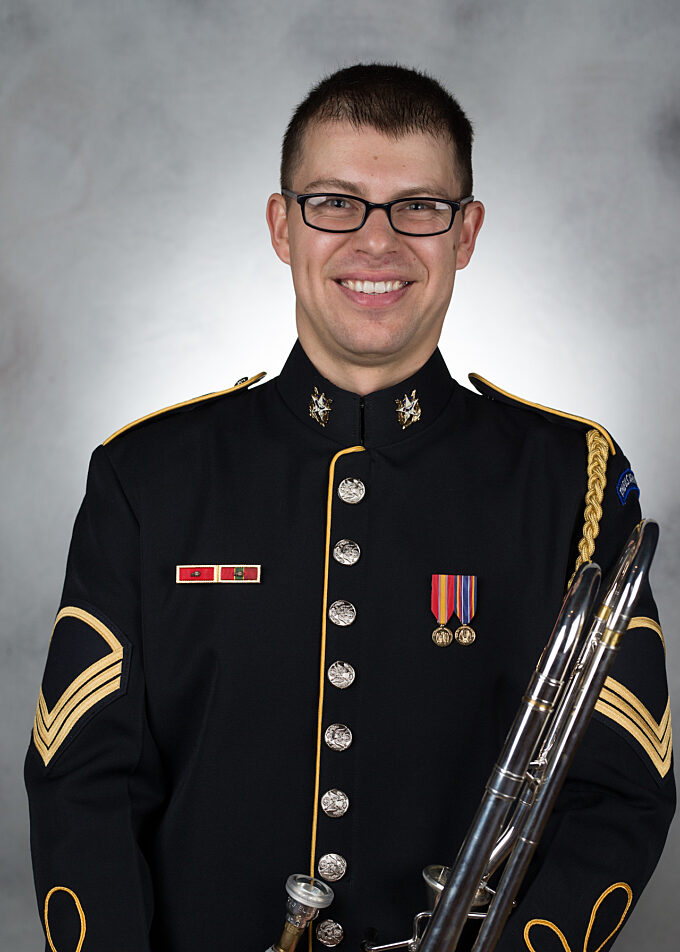 SSG Hank Currey grew up in Grahamsville, NY, a very small town in the Catskill Mountains. He began his official musical training in 2005 at Ithaca College, majoring in Music Performance and Education. At Ithaca he placed in the 2008 International Trombone Association Quartet competition, played in the 50th tour of the American Wind Symphony Orchestra, and performed with many local orchestras. Also while at Ithaca he met his absolutely amazing wife, Lori Roy. In 2012 Hank completed his Master's Degree at the University of Miami (in Florida, not Ohio), and then moved to Reno, Nevada. Over the next 5 years he played with the Reno Philharmonic, Reno Chamber Orchestra, Reno Jazz Orchestra, Reno Opera Company, Toccata Symphony, and the Great Basin Brass Quintet, to name a few groups. He was also an Assistant Band Director at Depoali Middle School and was the Adjunct Professor of Trombone at the University of Nevada, Reno from 2014-2016. Aside from performing, Currey enjoys biking, disc golf, archery, riding motorcycles, and spending time with his amazing, one a kind, wonderful wife Lori Roy, who is a French Horn player in the United States Army Field Band.