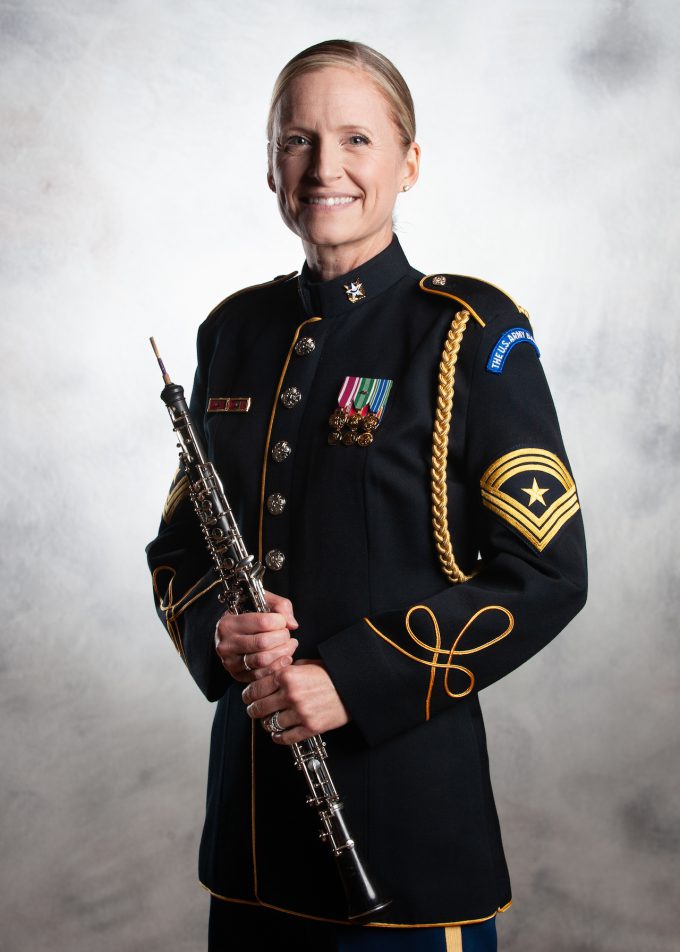 SGM Amanda Jury, originally from Belmont, MA has been a member of “Pershing’s Own” since 2000. After beginning her career as the English Horn player, she became the principal oboist of the band in 2008. Over the years, Jury has been a featured soloist, most notably at the International Double Reed Society Grande Finale Concert in 2003 and Avery Fisher Hall, Lincoln Center in 2010. As an active freelance musician in the community, Jury has performed with numerous ensembles including the Boston Symphony, the Boston Pops Esplanade Orchestra, the National Symphony, the Baltimore Symphony, the Kennedy Center Opera Orchestra, the New World Symphony as one of their finalists, and held the position of second oboe with the Annapolis Symphony from 1999-2014.Jury received a full scholarship to attend Boston University as a dean scholar, where she earned a Bachelor of Music degree and received a Master of Music degree from the New England Conservatory of Music. She has attended numerous summer festivals including the National Repertory Orchestra, National Orchestra Institute, Norfolk Chamber Music Festival, and the Tanglewood Music Center where she was the recipient of the Ralph Gomberg Award. Jury resides in northern Virginia with her husband and two daughters.