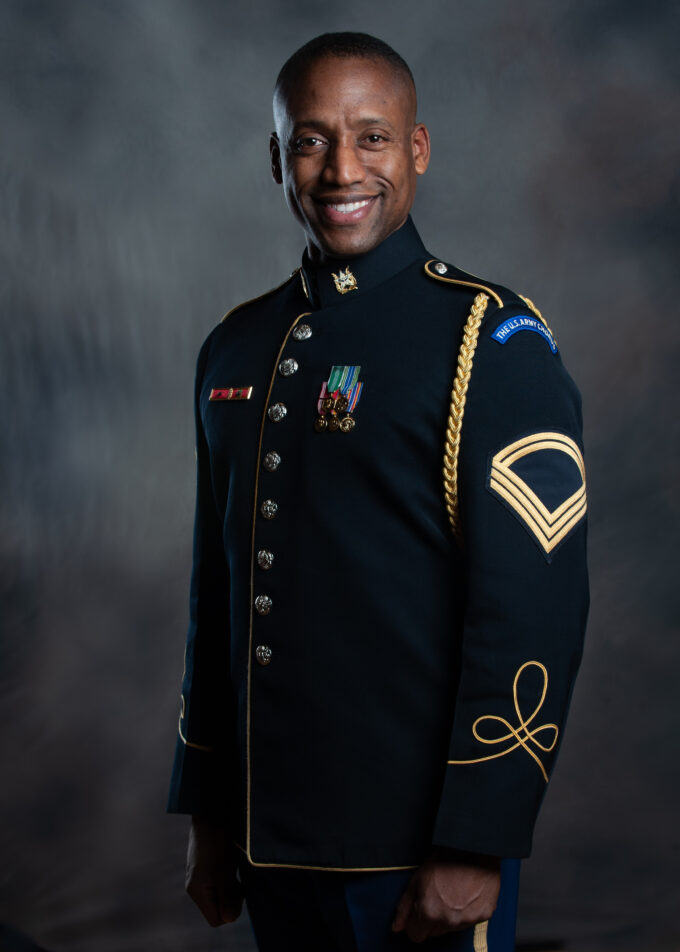 SFC Andre McRae, a native of Philadelphia, PA, is the proud winner of the Oxnard Gold Award in the American Traditions Competition, a competition celebrating the diversity of American music. Performing from his extensive operatic and musical theater repertoire, McRae took home the $10,000 prize. McRae is no stranger to garnering awards for his talents. He received scholarships for all three of his degree programs at the Cincinnati College Conservatory of Music, where he earned both a Bachelor and Master of Music Degree, and an Artists Diploma in Opera. Upon graduation, McRae quickly began performing in theatres across the country, scoring leading roles in shows such as Ragtime the Musical, Showboat (Joe), Smokey Joe’s Café (Adrian), and Godspell. He also toured Europe and Japan in Porgy and Bess. McRae has been a featured soloist with the National Symphony Orchestra, Cincinnati Symphony Orchestra, Baltimore Symphony Orchestra, Indianapolis Symphony Orchestra, and the Cleveland Pops Orchestra, and The Broadway Concert Series Encores! at the New York City Center. In 2009, he became a member of The U.S. Army Chorus, and in 2012, was assigned to the newly-formed U.S. Army Voices, his latest move within "Pershing's Own."