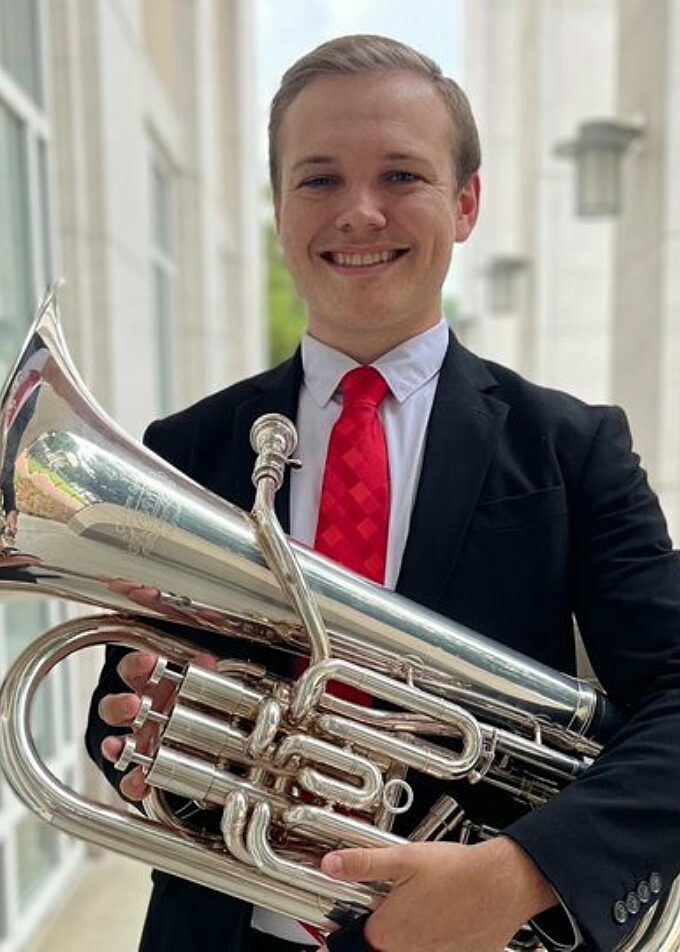 A1C Andrew Berry is from Johns Creek, Georgia and is currently a euphonium player with the United States Air Force Band of the Golden West, Travis AFB, CA. He graduated from the University of Georgia in 2022 where he was a graduate teaching assistant for the Tuba/Euphonium Studio, and graduated from Kennesaw State University in 2020. While he was living in Georgia, he regularly performed with the Georgia Brass Band, Atlanta’s premiere British-style brass band, on both euphonium and baritone. Andrew is also an active freelancer around the Northern California and Atlanta areas, currently serving as the euphoniumist for the Proscenium Brass Quintet as well as the tubist for the St. Aidan's Episcopal Church Brass Quintet.

In recent years, Andrew has accomplished a variety of prestigious honors. In addition to winning a position with the Band of the Golden West, he has won a world championship title with the Santa Clara Vanguard Drum and Bugle Corps, the Southeast Regional Tuba Euphonium Conference Solo Artist Euphonium, Mock Band Euphonium, and Small Ensemble Competitions, Kennesaw State’s annual Concerto Competition, KSU's Intercollegiate Tuba/Euphonium Mock Auditions, as well as other notable honors. Andrew was also selected as a finalist for the 2018 and 2020 SERTEC and MWRTEC Competitions in the Solo Artist Euphonium, Mock Band Euphonium, and Small Ensemble divisions during his undergraduate degree. In 2021, he co-founded the Atlanta Low Brass Academy with Nick Collins, a non-profit organization out of Atlanta, GA that focuses on providing quality low brass education through free online content and their annual summer event, the Xperience Camp. Andrew's private instructors and mentors have included Don Strand, Dr. Adam Frey, Dr. Martin Cochran, Dr. Paul Dickinson, Jason Casanova, and Dr. Matthew Shipes.