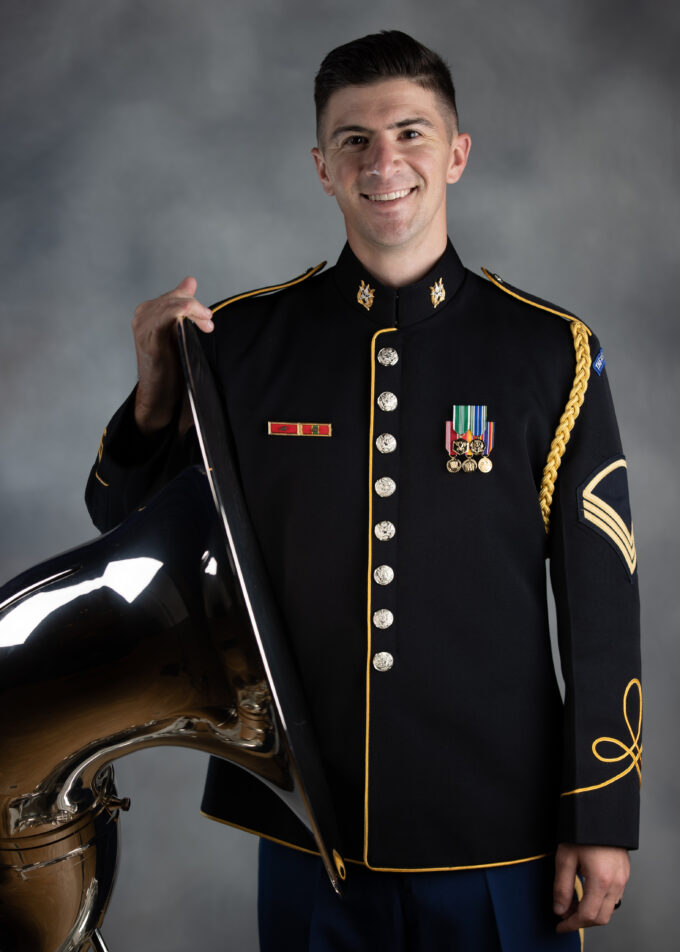 SSG Andrew Dougherty is a native of Gainesville, Virginia, and joined the tuba section of The U.S. Army Band “Pershing’s Own” in December of 2020. He previously was a member of the West Point Band, which he joined in November of 2017. He holds a Bachelor of Music from George Mason University, where he studied under Andrew Hitz, and a Master of Music from the University of Maryland, where he studied under David Fedderly. Dougherty formerly played with Brass of the Potomac, the ITEA winning tuba and euphonium quartet, NOVATEQ, and other band, orchestral, and chamber ensembles around the Washington, D.C. area.

As an educator, Dougherty has taught masterclasses at the Bard Conservatory of Music, Eastman School of Music, and at the Tanglewood Institute, while maintaining a private studio of dedicated students. Prior to joining the military music field, he was selected to perform as principal tuba with the Disney All-American College Band of 2014 in Anaheim, California, under the direction of Ron McCurdy. As a student, he won The U.S. Army Band “Pershing’s Own” Mock Band Audition, and was selected for the United States Air Force Band’s Collegiate Symposium.