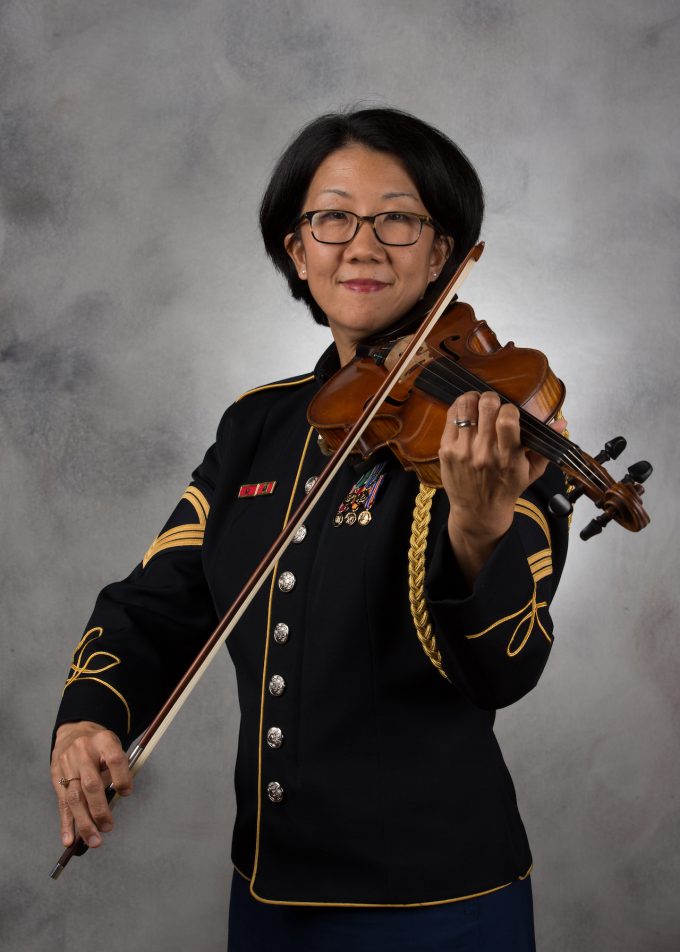 A native of Atlanta, GA, SFC Annette Barger began studying the violin at age 3. She joined The U.S. Army Band “Pershing’s Own” in 2005. Prior to joining, she held positions with the Hartford Symphony, the Rhode Island Philharmonic, and the New Haven Symphony. She was a violin fellow with the New World Symphony in Miami, FL, and attended numerous music festivals including the Tanglewood Music Center, Norfolk Chamber Music Festival, Kneisel Hall Chamber Music Festival, Pacific Music Festival in Sapporo, Japan, and Spoleto Festival in Charleston, SC. Barger has been a featured soloist with The U.S. Army Band and Orchestra including performing John Williams’ “Schindler’s List” in the Capitol Rotunda for the “Days of Remembrance” Holocaust ceremony, Mozart’s Sinfonia Concertante, Bach’s Concerto for Two Violins, and Vivaldi’s Four Seasons. She resides in Northern Virginia with her husband and three sons.