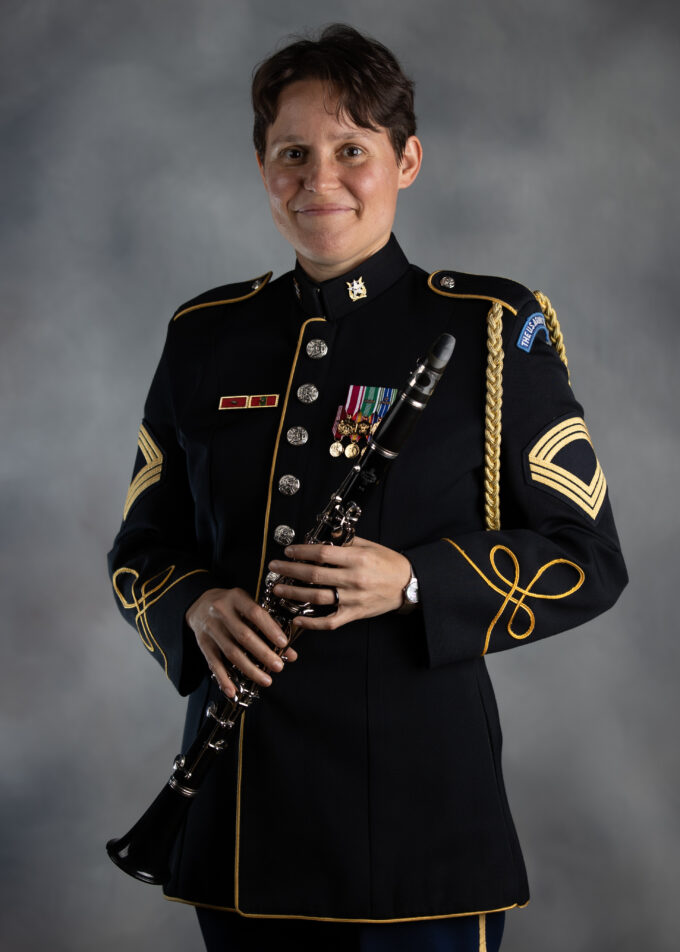 MSG Leigh Lafosse joined The U.S. Army Band "Pershing’s Own" in 2007 as a clarinet player in the Concert Band and has spent her career deeply involved in the development and implementation of the unit’s educational programming. Lafosse attended Texas Tech University for her Bachelor and Master of Music degrees, and during her time in Texas, she enjoyed opportunities playing with the Galveston Symphony, the Midland-Odessa Symphony, the Abilene Philharmonic, the Big Spring Symphony, and the Lubbock Symphony Orchestra. She was the recipient of a Chancellor’s Fellowship from Indiana University where she served as an Associate Instructor and received her Doctorate of Music. Lafosse was the recipient of the USO’s 2018 C. Haskell Small Award for Volunteerism and has been active in multiple education centric non-profits throughout Maryland, Virginia, and the District of Columbia. In 2019, MSG Lafosse was selected to serve as the first Subject Matter Expert in the Ceremonial and Outreach Directorate at the Military District of Washington’s Headquarters on Ft. Leslie McNair. She was inducted as an honorary member of the Psychological Warfare Regiment at Fort Bragg in November 2021 after her lyrics were chosen as the new PSYOP Regimental March, and in 2022 was selected for induction into The Sergeant Audie Murphy Club where she currently serves on the council as volunteer coordinator.