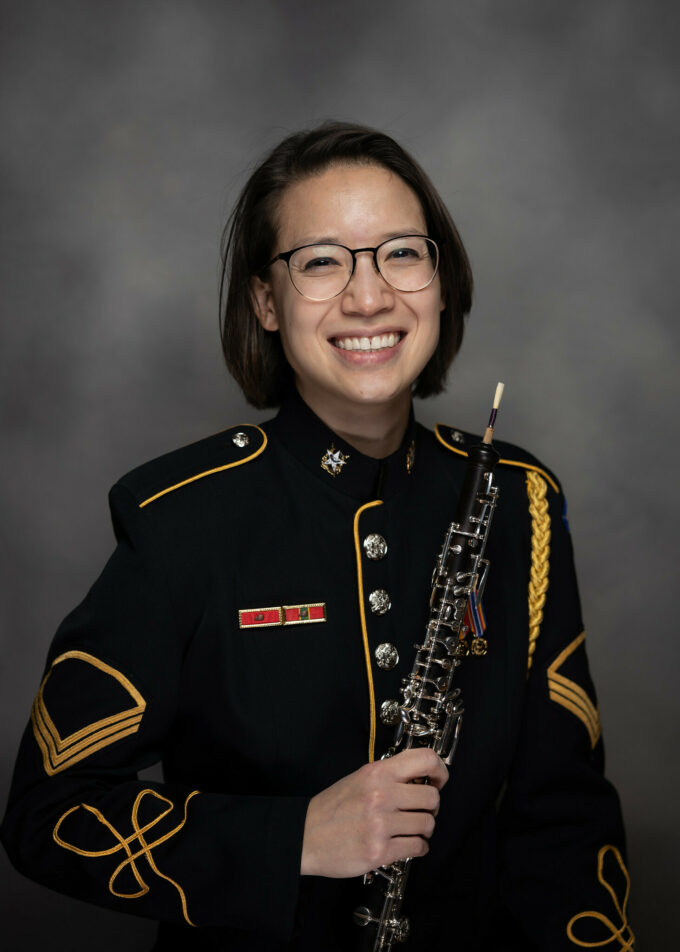 SSG Audrey Yu joined The U.S. Army Band “Pershing’s Own” as Principal Oboe in 2022. Before joining the band, Yu was an avid freelancer and oboe teacher in Dallas, Texas. She has performed with the Dallas Symphony Orchestra, Buffalo Philharmonic Orchestra, and Colorado Mahlerfest Orchestra, among others. Yu holds a Performer's Diploma and Master of Music degree from Southern Methodist University, where she studied with Erin Hannigan. Before that, Yu studied with Richard Killmer at the Eastman School of Music and earned Bachelor of Music degrees in oboe performance and music education. She also received a minor in biology at the University of Rochester and was inducted into Pi Kappa Lambda, the National Music Honor Society. Away from the reed desk, Yu enjoys arranging music, hiking, and horseback riding.