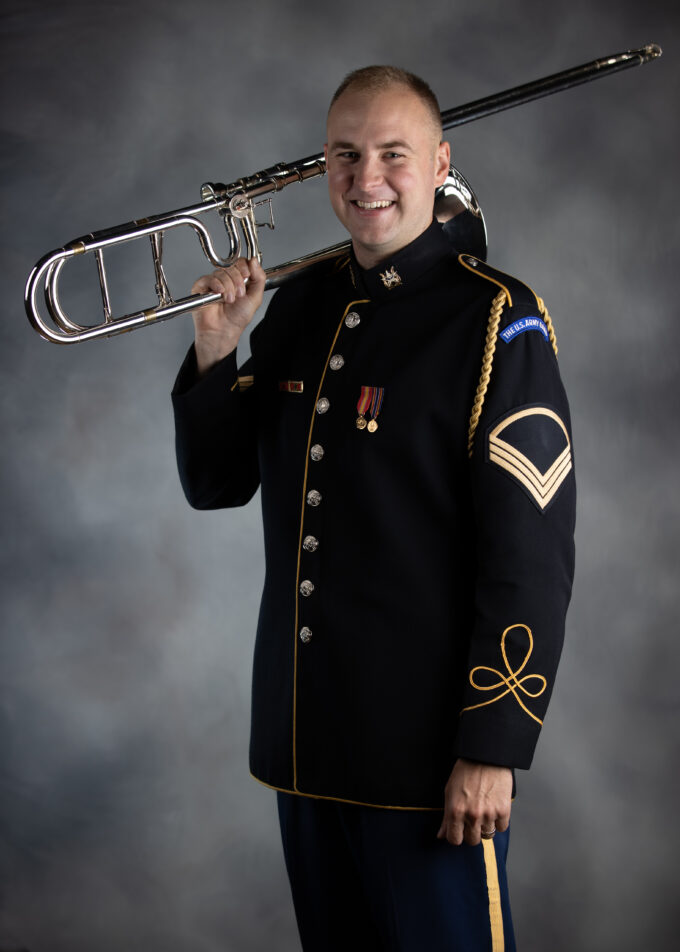 SSG Austin Westjohn, originally from Conway, AR, joined The U.S. Army Band “Pershing’s Own” in 2018. Westjohn holds a bachelor’s degree in music education from Harding University and a Master of Music in trombone performance from Baylor University. He has been recognized as a soloist on both national and international platforms. As a student, he was the grand prize winner of the Stella Boyle Smith Young Artist Competition, performing subsequently with the Arkansas Symphony Orchestra. Westjohn also won the Texas State Trombone Symposium
Solo Competition and was named a finalist in the International Trombone Association’s solo competitions for three consecutive years. Currently an active freelancer, he has played with many orchestras, including the Nashville Symphony Orchestra, Harrisburg Symphony Orchestra, and Reading Symphony Orchestra, to name a few. In 2019, he became principal trombonist of the Delaware Symphony Orchestra. Outside of practicing, performing, or teaching music, Westjohn enjoys all things outdoors, exploring new places, being involved with church and in ministry, and spending time with his wife.