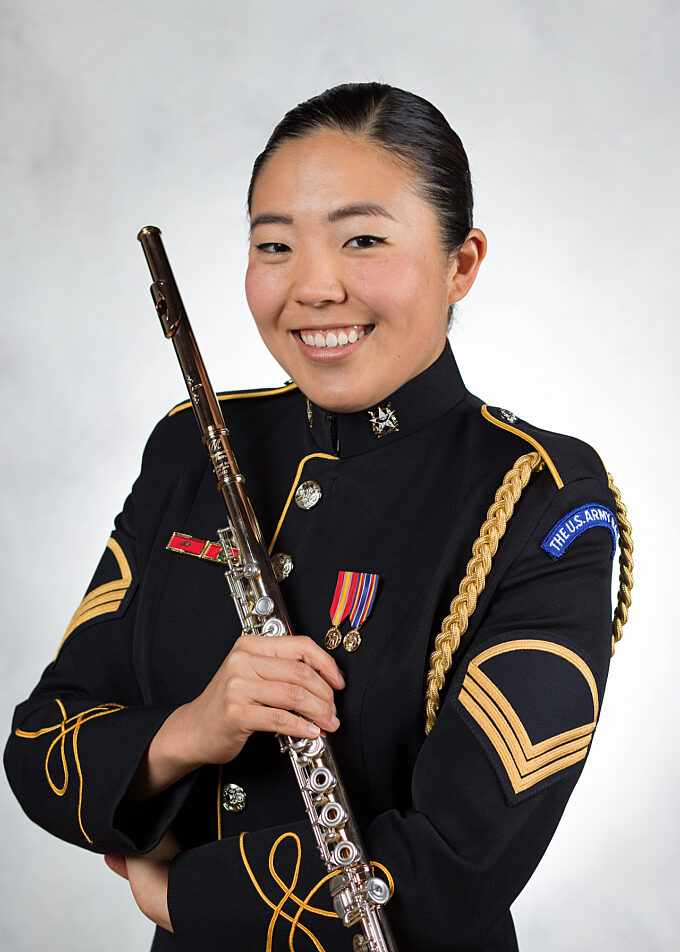 Los Angeles native SFC Carol Joe Inglis joined The U.S. Army Band “Pershing’s Own” in 2016. Inglis received her Master of Music and Artist Diploma degrees in Flute Performance at the University of Cincinnati College-Conservatory of Music, under the tutelage of Dr. Bradley Garner. Prior to attending CCM, Carol received her Bachelor of Music degree at the University of California, Santa Barbara, where she studied with Jill Felber and graduated with distinction in the major. Inglis has competed and received prizes from competitions such as the National Flute Association’s Young Artist Competition, the Chicago Flute Club’s Young Artist Competition, the Music Teachers National Association’s Young Artist Competition and Young Artist Chamber Music Competition, and has been featured as a concerto soloist with the University of Cincinnati College-Conservatory of Music’s Philharmonia Orchestra. Inglis has spent her summers participating in music festivals such as the National Repertory Orchestra, the Brevard Music Festival, the Marrowstone Music Festival, and the Kent/Blossom Music Festival. When Inglis isn’t playing her flute, you can find her on her yoga mat, hiking in the mountains, or testing out new recipes in the kitchen.