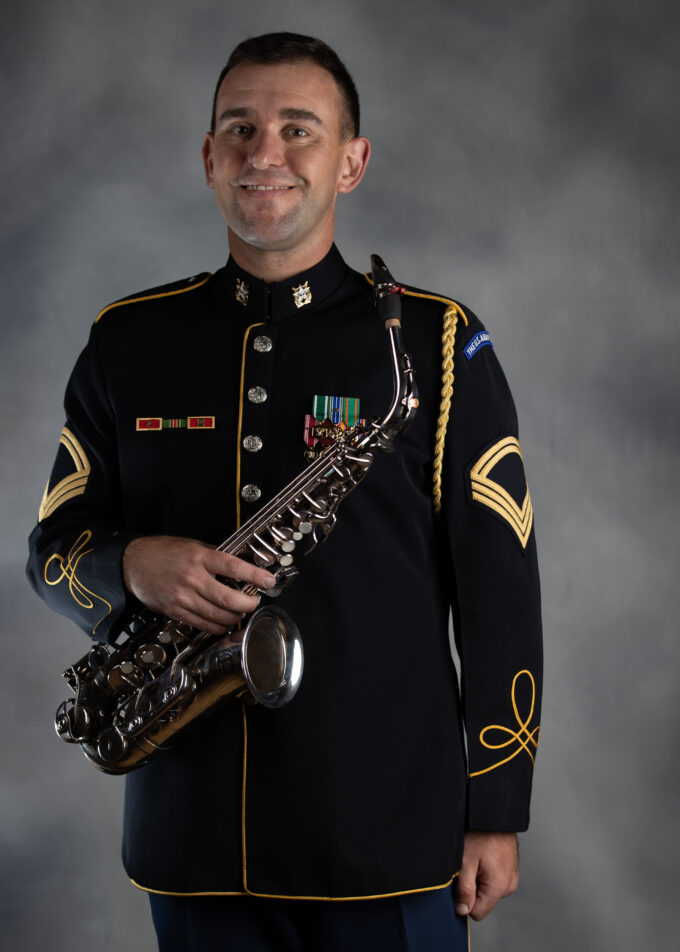 SFC Benjamin Bokor grew up in Downers Grove, Illinois. In 2000, he earned a Bachelor of Music degree from Northwestern University, studying clarinet with Leslie Grimm and jazz saxophone with Michael Kocour. After teaching public school in Bergenfield, NJ and Chicago, IL, Bokor won a position with the Army Field Band in 2003. There he played clarinet in the concert band and was a featured jazz soloist and clinician. In 2008, Bokor accepted a position in the Naval Academy Band in Annapolis, Maryland. There he played clarinet in the concert band, bass clarinet in the clarinet quartet, lead alto saxophone in the Next Wave Jazz Ensemble, and saxophone in the Electric Brigade popular music group. While there he earned a Masters of Music in jazz saxophone at the University of Maryland, studying with Chris Vadala.In 2017, Bokor began his career in The United States Army Band as a ceremonial band saxophonist. In addition to his military duties, Bokor enjoys playing woodwinds for local musical theatre productions. He performs regularly at Signature Theater, the Kennedy Center, and Ford's Theatre. He currently is Instructor of clarinet at Catholic University of America.