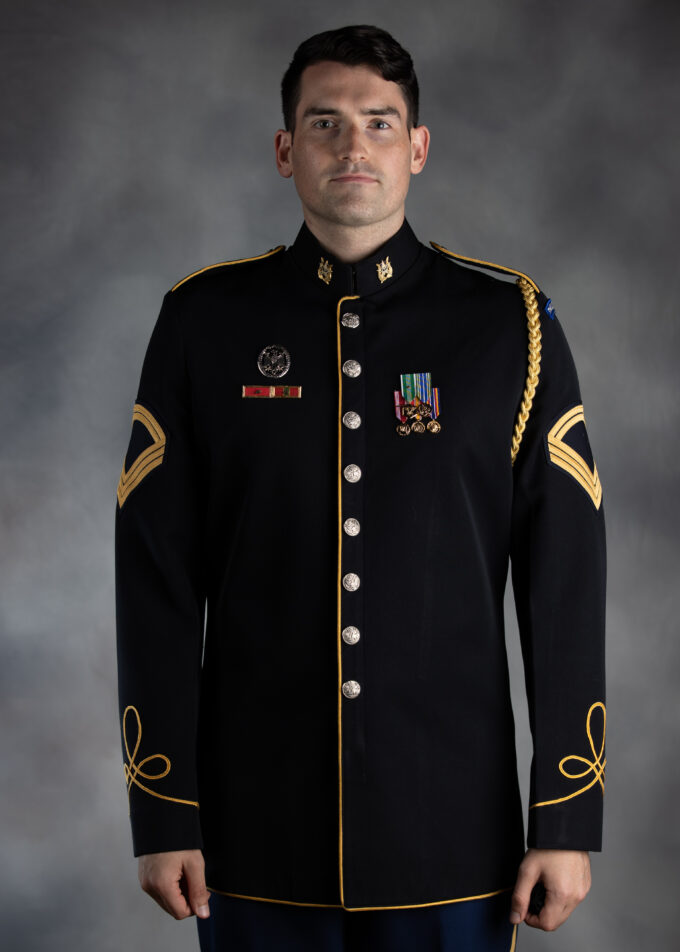 Prior to joining The U.S. Army Chorus, SFC Benjamin Pattison studied trumpet and voice at DePaul University. He performed with the DePaul University Trumpet Ensemble and Wind Symphony. As a vocalist, he sang the title role in Benjamin Britten's Albert Herring, 'Basilio' in Telemann's Don Quichotte auf der Hochzeit des Camacho, and performed with the University Singers. He took First Place in the 2012 Upperclassman Division of DePaul's Kleinman Vocal Competition. He has successfully competed in numerous National Association of Teachers of Singing competitions in Chicago. He was accepted to the Janiec Opera Company at the Brevard Music Center in the summer of 2012, his fourth summer as a student. That season, he performed the role of 'Ralph Rackstraw' in Gilbert and Sullivan's H.M.S. Pinafore. His trumpet teachers include Matthew Lee and Tage Larsen, and he studied voice under Marc Embree. Pattison joined the Army in 2012, and while in basic training at Fort Leonard Wood, MO, received the Commanding General's Award for Outstanding Soldier of the Cycle. In the fall of 2013, he will continue his studies at the University of Maryland in both trumpet and voice.