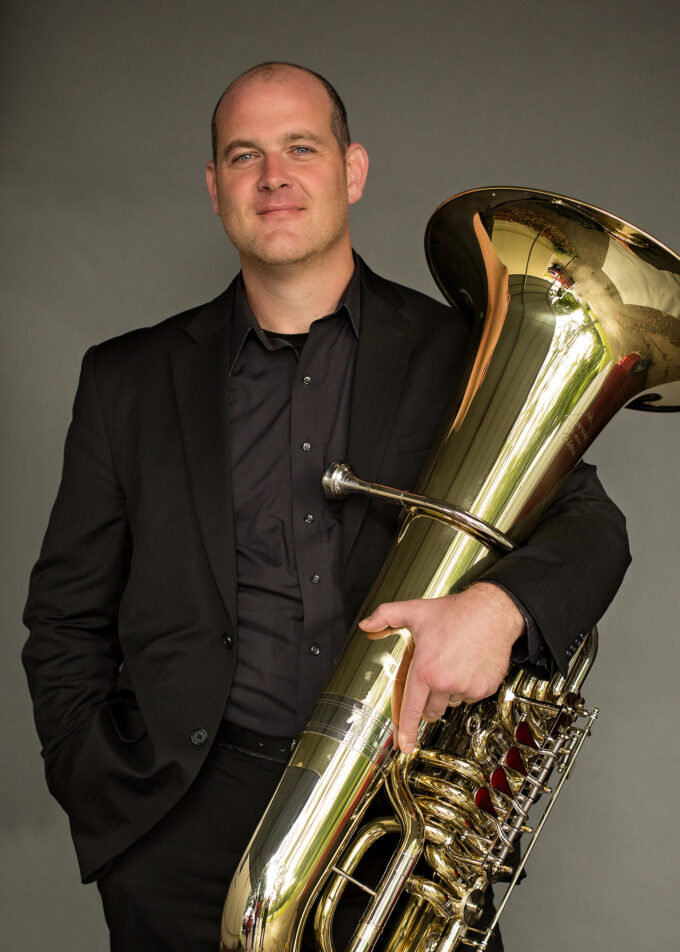 Benjamin Pierce is highly decorated as a champion of international solo competitions, winning more than a dozen in total between 1998 and 2008. He was notably the first euphonium or tuba player to advance to the final round of New York City’s prestigious Concert Artists Guild annual competition. Other competition wins include both the tuba and euphonium artist divisions of the Leonard Falcone Festival, the Markneukirchen Wettbeverb, and the Japan Wind and Percussion Competition, where he took the grand prize in 2001.
An accomplished teacher, Pierce has been called on to lead master classes in Japan, Hong Kong, Spain, Finland, and across the U.S. He has been on the faculty of the University of Arkansas in Fayetteville since 2003. His U of A students have gone on to attain prestigious positions in the premiere military bands as well as teaching positions in many secondary and post-secondary institutions.
Pierce is perhaps regarded as a pioneer in performing on both the tuba and euphonium, taking advantage of their artistic possibilities in both solo and ensemble situations. He has toured extensively as a recitalist. In the orchestral realm he has been a member of the Ann Arbor Symphony and has performed with the Detroit Symphony Orchestra and the Tulsa Symphony, among others. He is a member of the acclaimed Brass Band of Battle Creek, with whom he has performed on three instruments--the euphonium, bass tuba, and baritone.
Pierce served as Editor of the ITEA Journal from 2011 to 2021 and was a member of the Executive Committee of the Board of Directors of ITEA during that tenure
A proud Miraphone representative, Pierce performs on the 5050 Ambassador euphonium and the 481C Elektra F tuba.