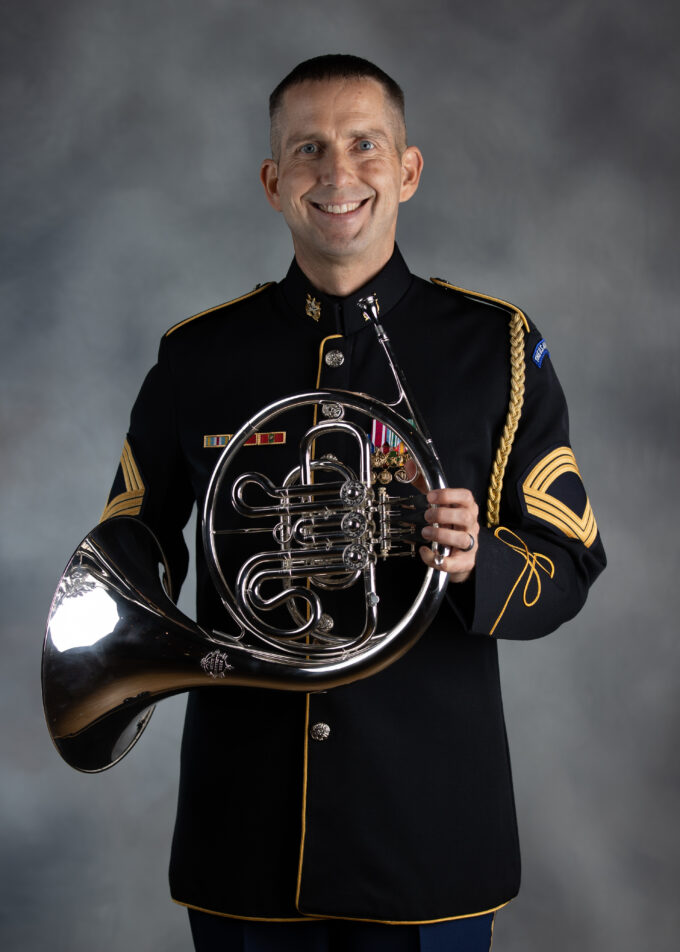 MSG Benjamin Cadle joined "Pershing's Own" in 2003. Cadle began playing horn at age 12. Upon graduating from Crestview High School in 1995, he attended Louisiana State University where in 1999 he received a bachelor's degree in music education. He also earned a master's degree in music performance in 2003. Cadle studied with Bruce Heim, professor of horn at the University of Louisville, and Seth Orgel, member of the Atlantic Brass Quintet and professor of horn at Louisiana State University. Prior to joining "Pershing's Own", Cadle performed with the Baton Rouge Symphony, the Boston Civic Orchestra, the Pensacola Symphony, the Tanglewood Music Center Orchestra, and the Atlantic Brass Quintet.