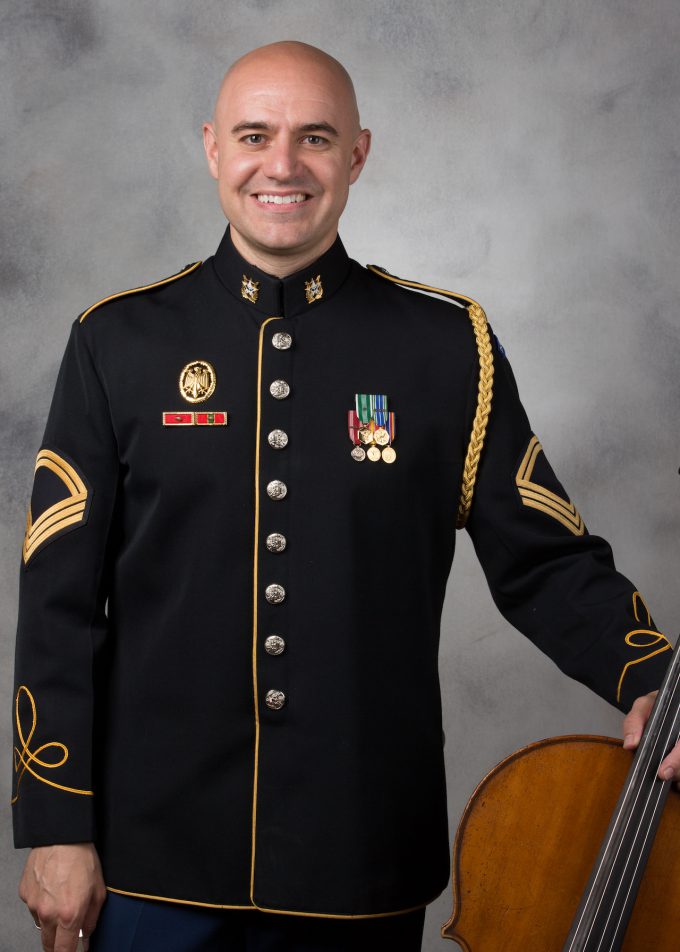 A native of Western New York, SFC Benjamin Wensel earned degrees from the Cleveland Institute of Music and Eastman School of Music, where he served as assistant to renowned pedagogue Alan Harris. Equally important to his musical education were performances in seminars and master classes for members of the Cleveland, Guaneri, Juilliard, Miami and Ying quartets; chamber music studies with Peter Salaff and members of the Audubon and Cavani Quartets; and solo master classes with David Soyer, Clemens Michael Hagen, Steven Isserlis and Michel Strauss. Wensel has performed with the Baltimore Symphony Orchestra, National Symphony Orchestra, ProMusica Chamber Orchestra, Rochester Philharmonic, Syracuse Symphony, and has been a member of The U.S. Army Strings, Orchestra and String Quartet since 2003. Additionally, Wensel appears with many of the fine local ensembles in the National Capital Region. Dedicated to the creation and promotion of new music, Wensel performed the world premieres of more than 20 works written by established and emerging American composers as a founding member of the Tarab Cello Ensemble and participated in the ensemble’s residencies at Princeton University, Stetson University, and the University of South Florida. He currently coaches for the 9th Street Chamber Music, Quartet Intensive program as well as maintaining a private studio in Fairfax, Virginia. Grateful to be an active member of the innovative arts community of the Capital region, Wensel performs regularly as the cellist of the Mellifera Quartet. He can be heard on recordings produced by Bridge, Delos, Harmonia Mundi, RM Records, and Summit.