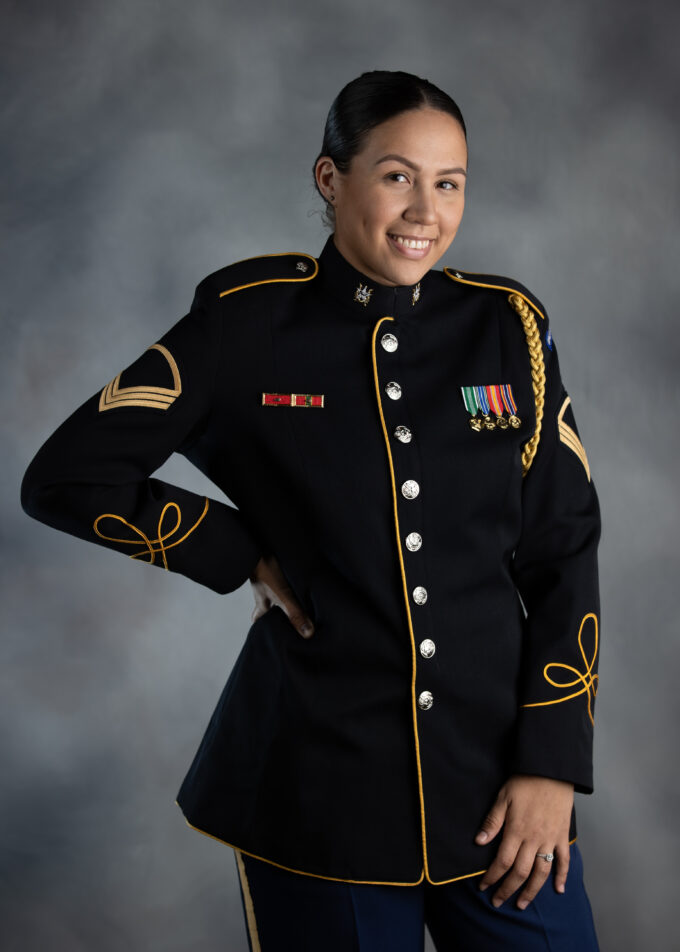 SSG Bethsaida Ramos grew up singing in church & memorizing lines from every Disney movie. At a young age, she would put on “shows” for her family members & friends & make them watch. Her parents would receive notes from her teacher explaining why “Bethsaida didn’t eat lunch today.”

After studying theatre and vocal performance in middle & high school, Ramos went on to earn her Bachelor of Arts in Theatre Arts and Musical Theatre and be inducted into Alpha Psi Omega, the National Theatre Honor Society.

Ramos continued her performance career in the Tri-State area working as a dance instructor/choreographer and songwriter while actively auditioning & performing in various venues, live shows, and television.

In 2019, she followed her father & grandfather before her and enlisted. She studied at the US Army School of Music and began her Army Career with the 78th Army Band.

In 2021, she won her job with The US Army Band Downrange and is doing everything her young self wanted to do: grow up to be a performer.