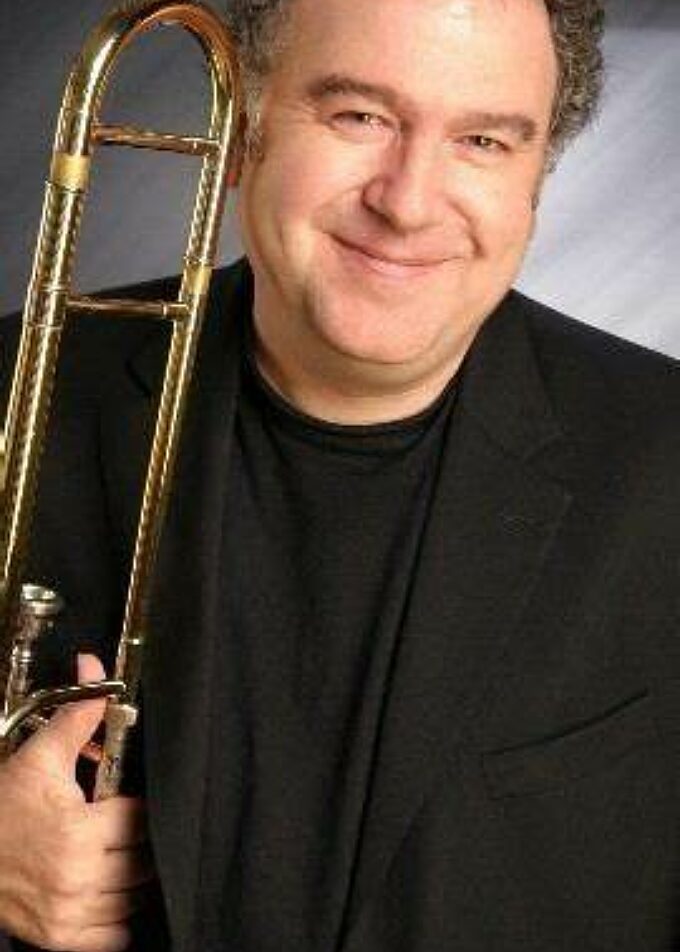 Bob McChesney was born in Baltimore, Maryland, and began playing the trombone in the fourth grade as part of his public school music program. He has since evolved into a world-renowned trombone soloist and an authority on trombone pedagogy. Bob McChesney's trademark as a trombonist is the beauty of his sound, a lightening-fast technique, and his emotional connection to the music. With complete mastery of the instrument and extensive knowledge of jazz harmony, McChesney has distinguished himself as one of the pre-eminent soloists in the world, not only in the realm of jazz and improvisation, but as an interpreter of the most difficult and highly technical Classical repertoire, as well.
Primarily self-taught, at a young age, Bob discovered a unique way of articulating on the slide trombone, called "doodle tonguing". He has since authored what is considered to be the definitive treatise on the subject, called, "Doodle Studies and Etudes". The method book has been critically acclaimed and endorsed by trombonists and music educators all over the world.
A resident of Los Angeles, Bob is a fixture in the recording studios, where he has enjoyed a long career with studio orchestras scoring hundreds of films and television shows. He can also be heard on CDs for Barbra Streisand, Shakira, Michael Buble', Natalie Cole, Rod Stewart, Chicago, Michael Bolton, and the following Grammy-winning CDs: "Ray Charles: Genius Loves Company", Diana Krall's "When I Look in Your Eyes", and most recently, Arturo Sandoval's "Dear Diz", where he was a featured soloist. Legendary composer and conductor Lalo Schifrin exclaimed, "Bob McChesney is a virtuoso and has the gift to bring us the joy of music at the highest level."
A pre-eminent jazz educator and clinician, Bob has been a welcomed guest artist all over the US and Canada. Bob has been featured twice with his Quartet at the International Association of Jazz Educators convention, and The International Trombone Festival, where he has spoken and performed for audiences as large as 5000 in attendance of his demonstrations, workshops and performances.
Bob is thrilled to have worked with legendary composer and entertainer Steve Allen before his death in 2000. McChesney and Allen co-produced what would be the last CD from Allen's prolific songbook, resulting in the highly acclaimed and perennial favorite on Top Ten Jazz CD Lists, "No Laughing Matter - The Bob McChesney Quartet plays Steve Allen".