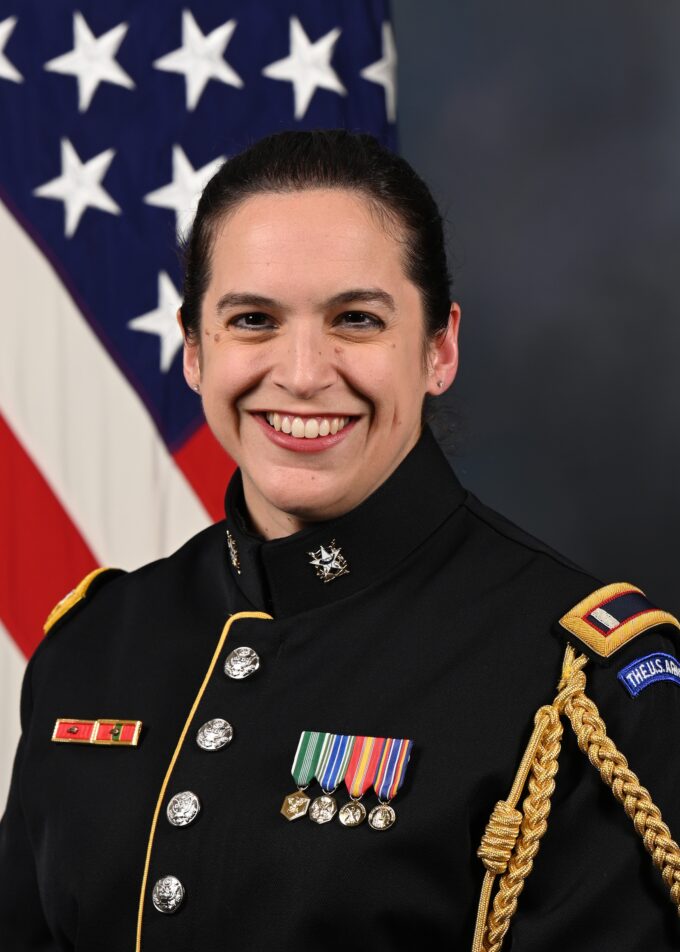 Prior to joining the Army, Alger maintained an active schedule as a freelance conductor, singer, violinist, clinician, educator, and arts administrator throughout the D.C. metro area, the Midwest, and Los Angeles. She also spent two years as the Director of Choral Activities at GEMS American Academy in Abu Dhabi, where her students were invited to sing at an international honor choir festival in Stavanger, Norway, as well as participate in collaborations with Philadelphia-based Orchestra 2001 and the legendary recording artist Quincy Jones. She has served as both a cover conductor and music librarian for the National Symphony Orchestra, an adjudicator for the Association of Music in International Schools, and a clinician for universities and high schools across the United States.

Alger and her shepherd mix, Maurice, live in Northern Virginia.