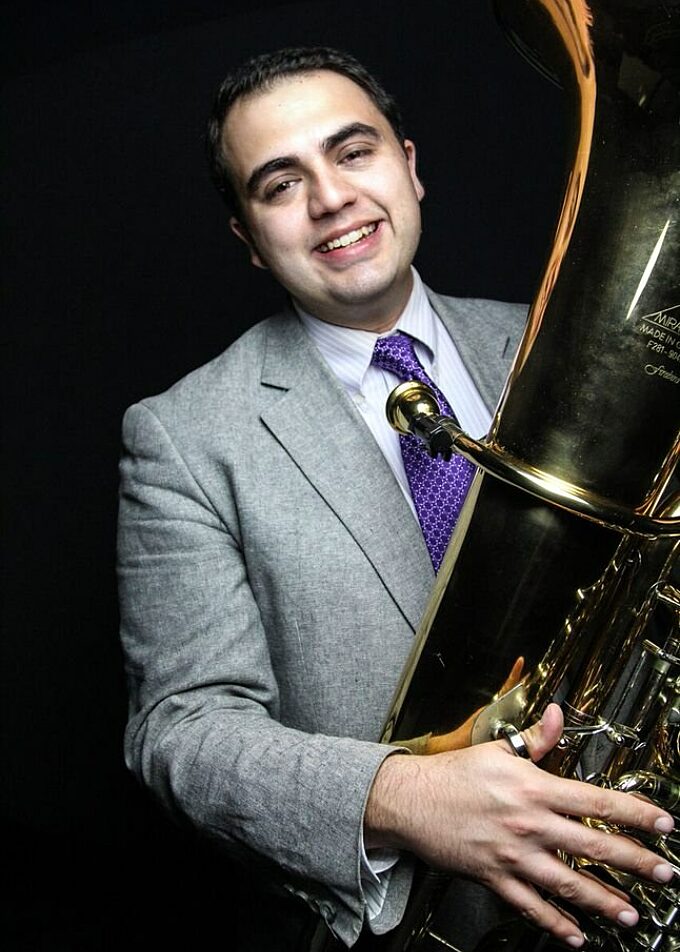 Brandon Smith is currently the Visiting Assistant Professor of tuba and euphonium at Valdosta State University, and principal tubist of the Valdosta Symphony Orchestra. Smith, a Virginia native, is a versatile musician who has performed extensively as an orchestral, chamber, and solo musician. As an orchestral musician, he was awarded first prize in the 2019 International Tuba and Euphonium Conference’s Arnold Jacobs Mock Orchestra Competition, and has been a finalist for tuba positions with the Florida Orchestra, Austin Symphony Orchestra, United States Air Force Academy Band, and United States Navy Band. As a soloist, he was awarded the Bronze Medal in the 2020 Leonard Falcone International Tuba and Euphonium Artist Tuba Competition, and has also been a finalist for the Army Band “Pershing’s Own” 2020 Tuba and Euphonium Conference solo competition.