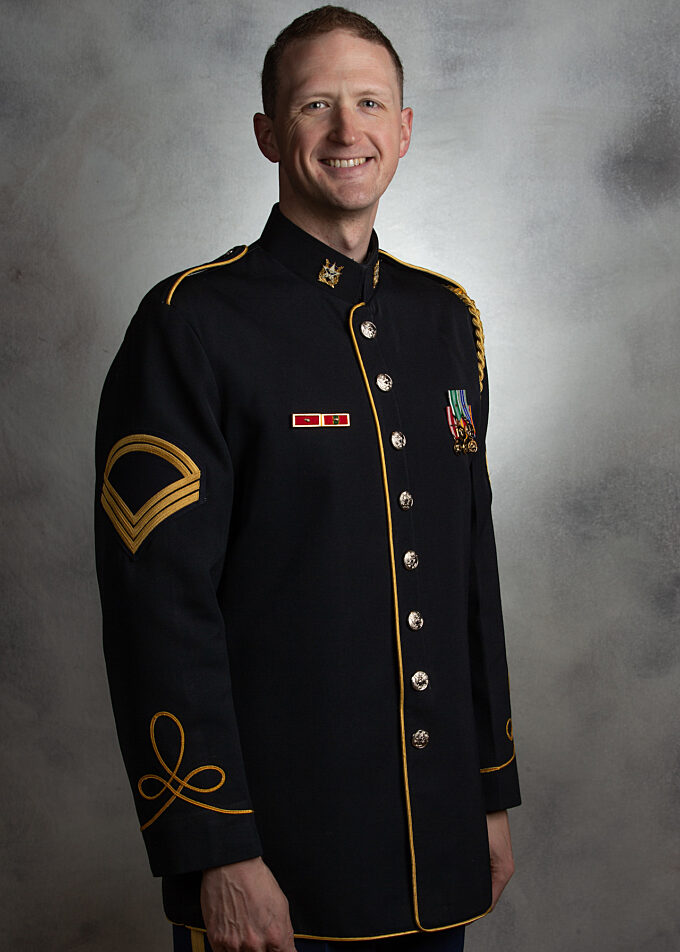 SFC Curran earned a bachelor's degree at the University of Northern Colorado and a master's degree from Peabody Conservatory. His teachers include Thomas Poole and Stanley Cornett. Curran has performed as a member of the Men's Choir at the Washington National Cathedral and as a soloist with Cathedra, Concert Artists of Baltimore, Annapolis Opera, Maryland Concert Opera, San Diego Opera, and Portland Opera.