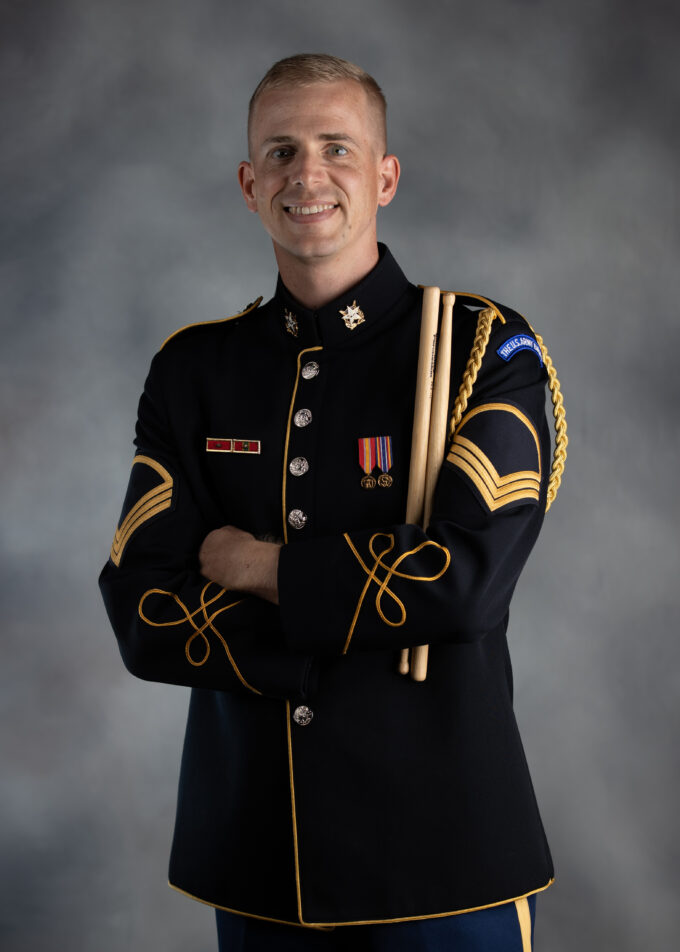 As a performer, composer, and educator, SSG Brian Blume’s passion is to connect with audiences and students through the art of percussion. In 2020, Blume joined The U.S. Army Band “Pershing’s Own” in Washington, DC. In his role with the Ceremonial Band, he serves his country through supporting high-profile ceremonies and events in the National Capital Region. Blume performs regularly as a soloist, chamber musician, orchestral player, and studio percussionist, and has performed with groups such as the Orlando Philharmonic, Imperial Symphony Orchestra, Terre Haute Symphony Orchestra, BluHill Percussion Duo, the Indianapolis Colts drumline, and Glassmen Drum and Bugle Corps.

Blume served as assistant professor of percussion at Southeastern University (Lakeland, FL), where he founded the school’s first drumline, created a world music course, and established a percussion studio. He is a sought after adjudicator and clinician and has presented at the Percussive Arts Society International Convention, state PAS Day of Percussion events, and several universities and high schools around the country. His compositions for percussion are performed regularly across the country and abroad and are published by Tapspace Publications and drop6 media.