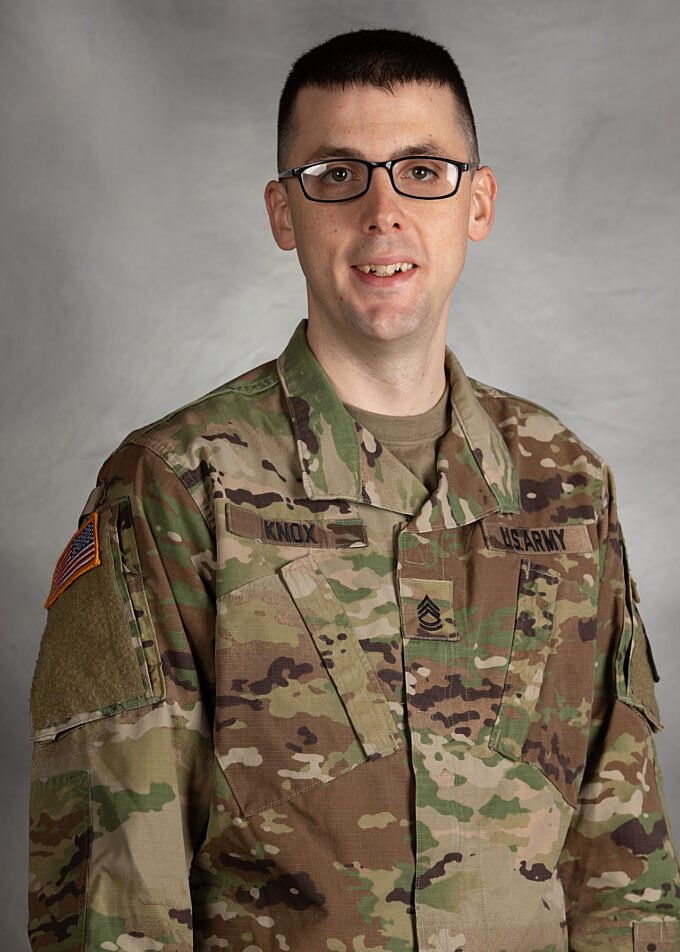 SFC Brian Knox began his career with The U.S. Army Band “Pershing’s Own” in August of 2012 after completion of Basic Combat Training at Ft. Jackson, South Carolina. Prior to enlistment in the United States Army, Knox earned a Bachelor’s Degree in Music Production and Recording Technology from Shenandoah University in Winchester, VA. He has worked and performed as an audio engineer and musician in prominent venues throughout the United States, including the John F. Kennedy Center for the Performing Arts, the Sylvan Theater, the Library of Congress, and Constitution Hall in Washington D.C.