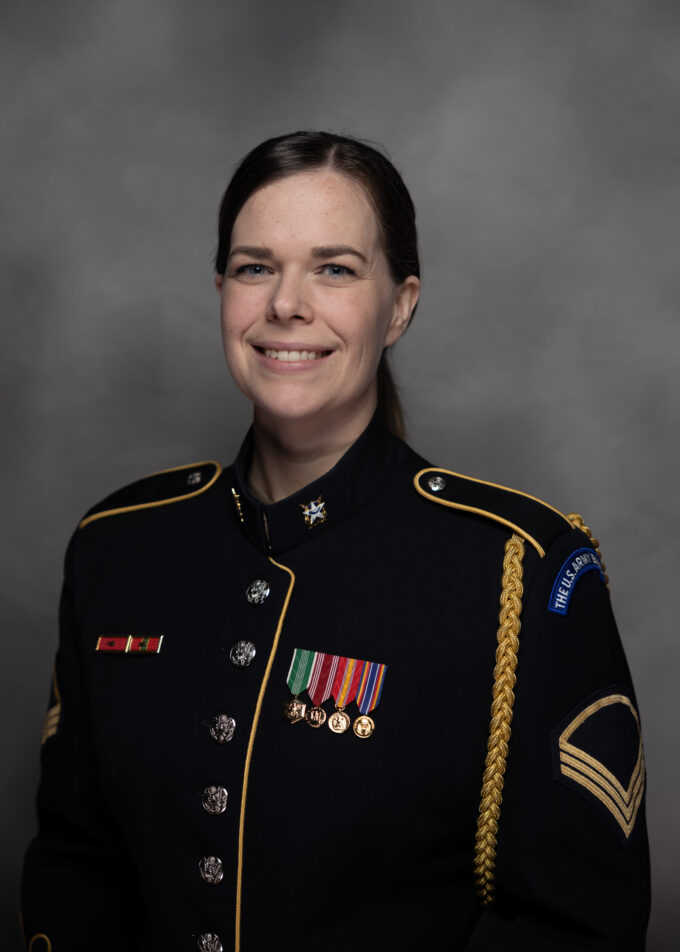 SSG Brittany Primavera joined The U.S. Army Band "Pershing's Own" in 2019, where she serves as a Public Affairs Specialist. She previously served as a fifer in the United States Army's Fife and Drum Corps, where she performed in such venues as The White House (Washington D.C.), Parliament Hill (Canada), and several notable flute conventions and musters (The 2018 National Muster, Chester 150th Anniversary Muster, Florida Flute Convention, Mid-Atlantic Flute Convention, and Flute Society of Greater Philadelphia Convention). As an educator, she coached young fifers at the annual Juniors Workshop, presented classes at the Army School of Music on topics related to music and public affairs, and taught flute lessons through the Army Music Mentorship Program.

Prior to joining the Army, Primavera taught flute at Lubbock Christian University (Texas) and held the third flute/piccolo position with the Southwest Symphony (New Mexico). She is principal flutist of the Old Bridge Chamber Orchestra (Virginia), serves on the Board of Directors of the Capital Wind Symphony (Washington D.C), and teaches flute and piano lessons in the National Capital Region. She holds the Master of Music and Bachelor of Music degrees from the University of North Texas, a certificate from the Janáčkova akademie múzických umění (Brno, Czech Republic), and a diploma from the Académie Internationale d'Eté de Nice (Nice, France). Her primary teacher was Mary Karen Clardy.