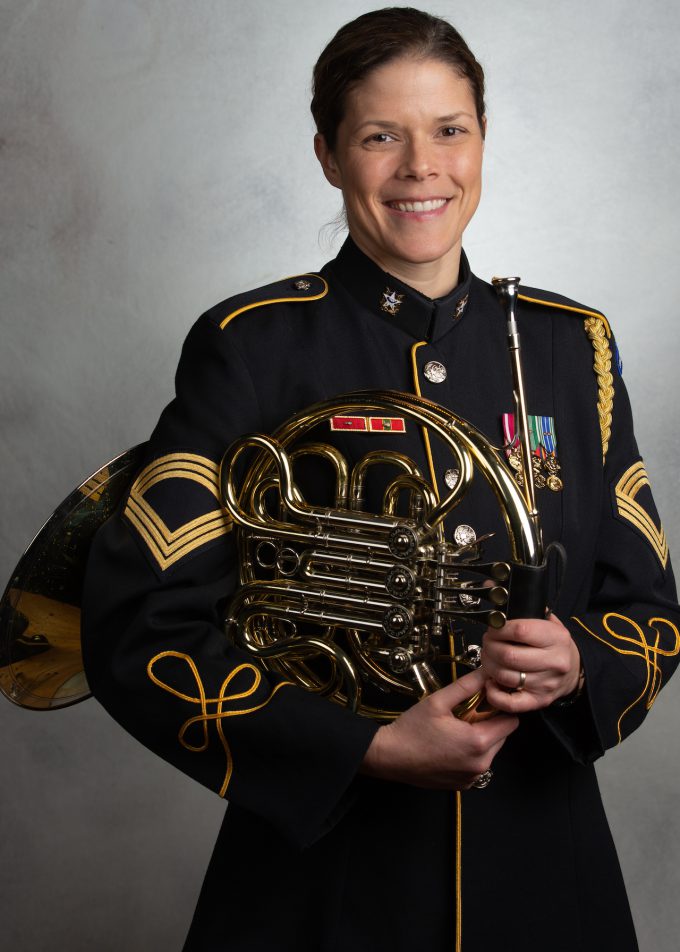 A native of South Louisiana, MSG Brooke Eberly joined The U.S. Army Band "Pershing's Own" in 2002. Originally a member of the Ceremonial Band, she auditioned and was selected for the Concert Band in 2007. Eberly attended Louisiana State University, where she graduated magna cum laude with a bachelor’s degree in music education and music performance in 2000, and a master’s degree in music performance in 2002. She was a student of D. Bruce Heim and Seth Orgel. Eberly has been an active free-lance musician, performing in orchestras and chamber ensembles throughout the Mid-Atlantic Region and the Southern U.S., including the Baton Rouge Symphony and the Baltimore Symphony. From 2003-2010, she served as Assistant Principal Horn with the Harrisburg Symphony. Eberly resides in Springfield, VA with her husband, Mike, and daughter Coraline."