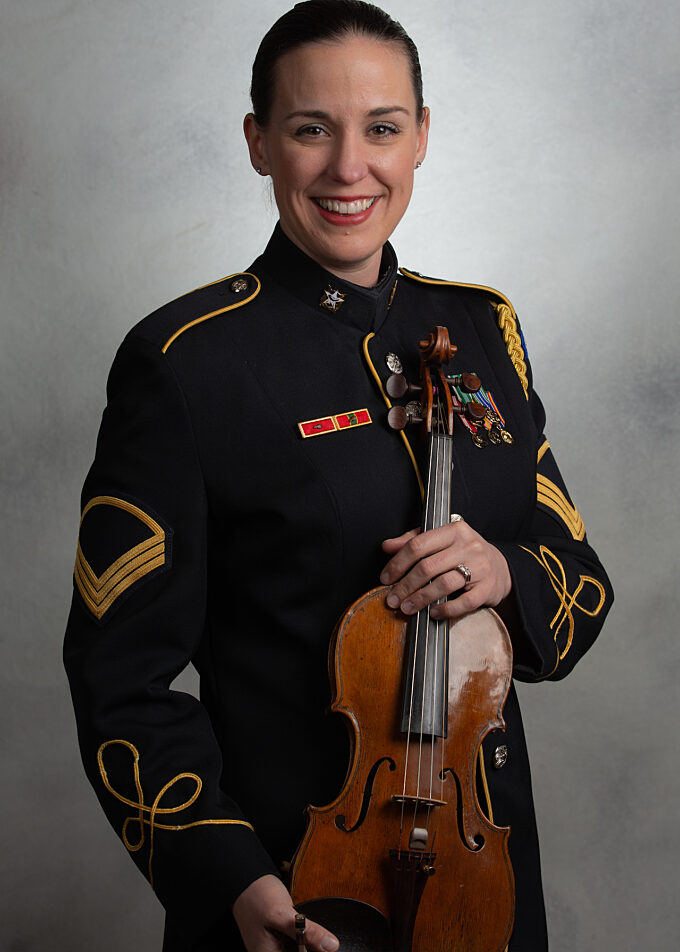 SFC Catherine Gerhiser, a native of Savannah, Georgia, received her bachelor’s degree from the Juilliard School in 2005, and her Master’s in 2007, studying with Masao Kawasaki. Prior to her time at The Juilliard School, she attended the Cleveland Institute of Music Young Artist Program, studying with Linda Cerone. Her many inspiring coaches and teachers include Michael Tilson Thomas, Joseph Kalichstein, Joel Smirnoff, Bonnie Hampton, and John Mack, among others. Gerhiser has performed with the Tanglewood Music Festival, Music Academy of the West, National Repertory Orchestra, and Spoleto Festival Orchestra. Gerhiser has appeared as soloist with the Savannah Symphony, the Hilton-Head Philharmonia, the National Repertory Orchestra, The New World Symphony, and the US Army Orchestra. Prior to joining the Strolling Strings, Gerhiser spent four years in Miami, Florida, playing with the New World Symphony, where she met her husband, Gene. Gerhiser loves exploring DC with her husband and three sons.