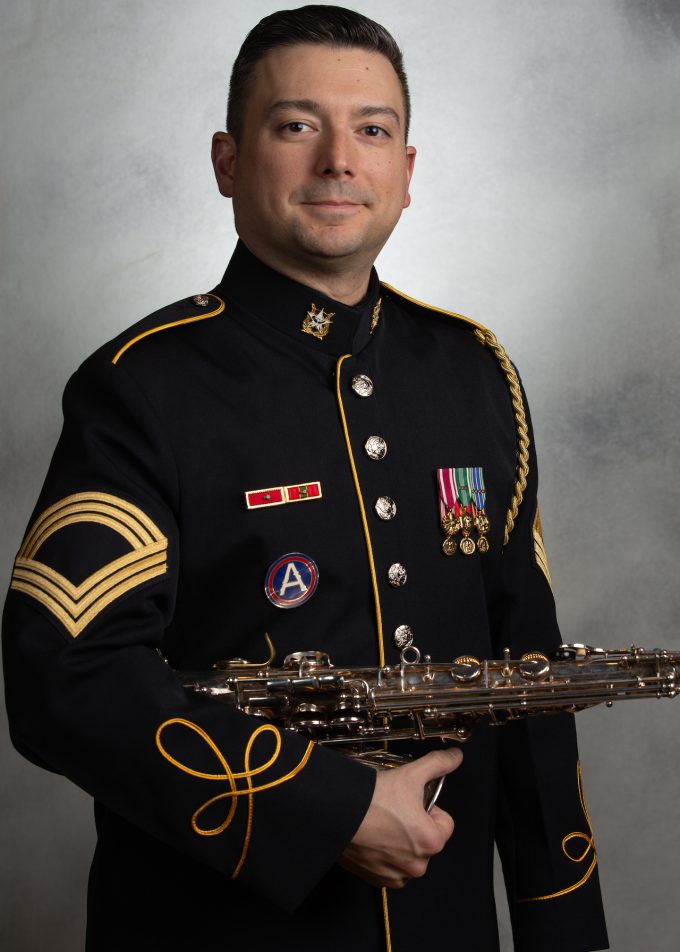 Since joining The U.S. Army Band "Pershing's Own" in 2001, MSG Cesar Eli Gonzalez has performed with the Concert Band, Ceremonial Band, the Army Blues, Downrange, the U.S. Army Strings, and various small chamber groups. He is an active free lance musician in the Washington, D.C. area and is a member of WAMA award winners The Texas Chainsaw Horns and The U-Liners. Gonzalez enjoys the outdoors and is an avid hunter, hiker and fisherman. He is also an accomplished dart player and has been the captain of several successful Washington Area Dart Association teams.