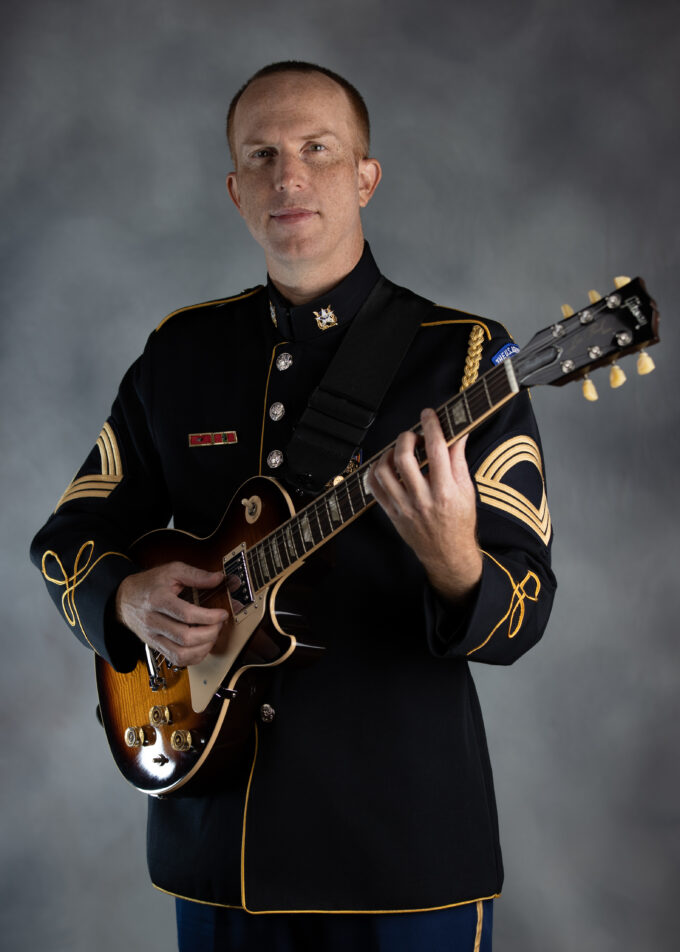 Sergeant First Class Chad Leader, contemporary guitarist with The U.S. Army Band Downrange, was born in Chesapeake, VA, in 1977. After attending Berklee College of Music, he continued his education at Virginia Commonwealth University earning a Bachelor of Music Education. In 2002, he resumed his education at the University of North Texas in the Jazz Studies Master’s program. Leader’s diverse education and experience affords him versatility in numerous musical genres. Jazz, rock, country, pop, funk and other contemporary styles are all part of his musical catalog. This musical flexibility has earned Leader the opportunity to perform with many elements of The United States Army Band "Pershing's Own," including the Strolling Strings, Army Blues, Concert Band, and Orchestra, in performances such as Spirit of America, the Sergeant Major of the Army’s Hope & Freedom Tour, and in venues such as the Music Center at Strathmore and the Kennedy Center for the Performing Arts.