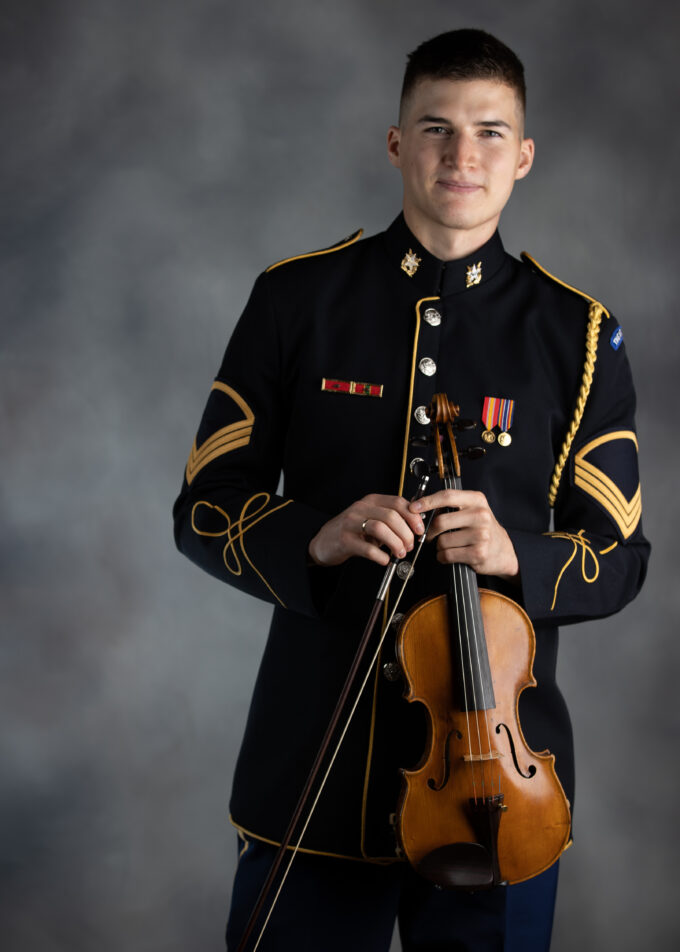 SSG Charles Gleason grew up in Columbus, OH, where he studied violin extensively with Stephen Sims, adjunct professor at the Cleveland Institute of Music, and Christian Howes, Columbus-based jazz violinist. He later pursued his bachelor’s degree at the Cleveland Institute of Music, studying with David Updegraff and later Joan Kwuon. As a participant in CIM’s Intensive Quartet Seminar, led by Peter Salaff and the members of the Cavani Quartet, his quartet was a semifinalist in the Fischoff National Chamber Music Competition and performed as part of the Kennedy Center Conservatory Project in Washington D.C. Gleason went on to pursue his master’s at Rice University’s Shepherd School of Music, studying with Cho-Liang Lin. Apart from school, he has participated in summer festivals and workshops that include the Verbier Festival Orchestra, the Lucerne Festival Academy, the Madeline Island Chamber Music Festival, and the Juilliard String Quartet Seminar. Gleason graduated from Rice in 2020, and after a year away from school, he joined the U.S. Army Strings in June of 2021.