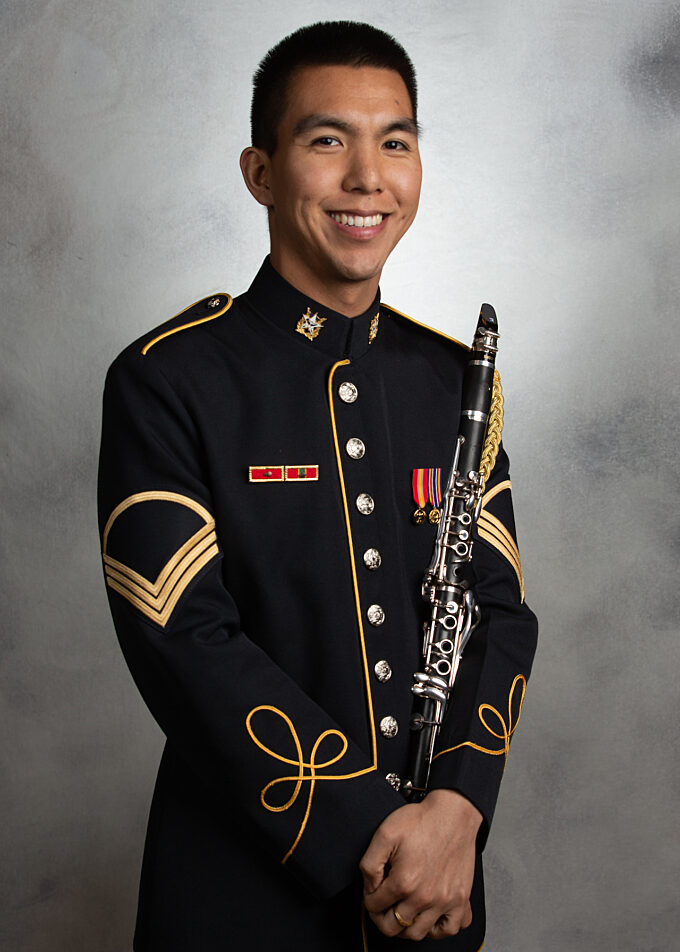 SSG Charles Sonoda joined The U.S. Army Band in October of 2018. He earned his Bachelor of Music at DePaul University and his Master of Music at Northwestern University, where he performed as co-principal clarinetist of the university’s orchestra on their inaugural international tour to Asia, in 2018. Sonoda has also performed with the National Repertory Orchestra, QuartzMountain Music Festival Orchestra, and Chicago Symphonic Winds. His primary teachers include Stephen Williamson, Steve Cohen, and Julie DeRoche.Sonoda is also an active learner of Chinese and has completed additional studies in language and literature at Shanghai’s Fudan University and the Beijing Language and Culture University. Sonoda has been awarded prizes at Chinese speech competitions at Purdue University, the University of Notre Dame, and the Beijing Language and Culture University.