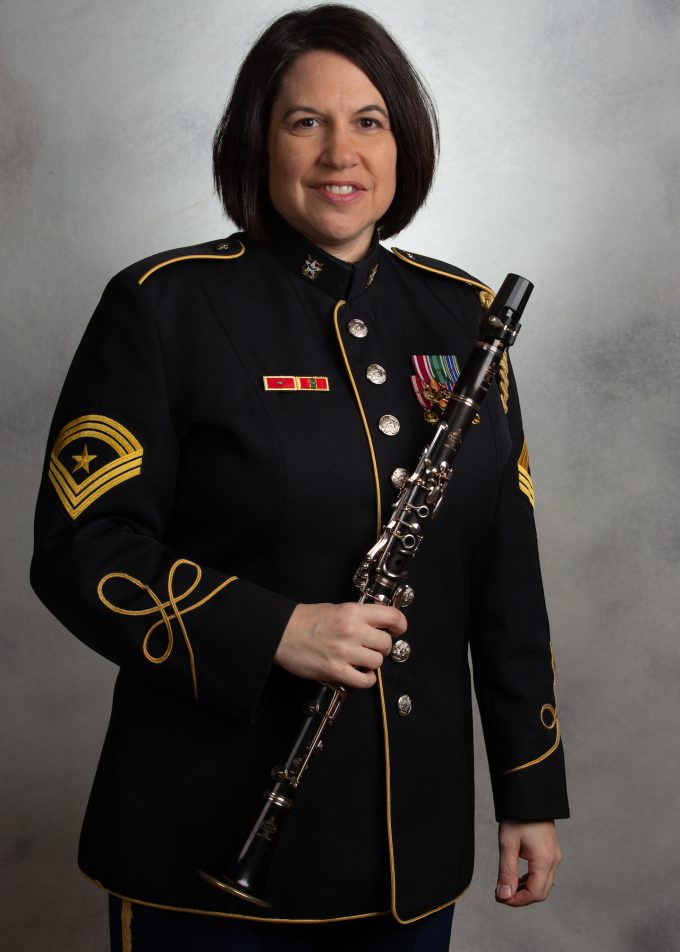 SGM Cheryl Ani is a native of Norcross, Georgia and has been a member of The U.S. Army Band "Pershing's Own" since 2002, where she serves as a clarinetist in The U.S. Army Ceremonial Band and a member of The U.S. Army Band Clarinet Quartet. Upon enlisting in the Army in 1999, Ani spent three years with The United States Army Field Band in Fort Meade, Maryland. With this organization she toured the United States and abroad presenting concerts, clinics and solo performances to the American public. She received a Bachelor of Music Education from the University of South Carolina and a Master of Music in Clarinet Performance from the University of North Texas. Before entering the Army, Ani served as the Visiting Professor of Clarinet on the faculty of Virginia Polytechnic Institute and State University. Her teachers include Bruce Dinkins, Doug Graham, James Gillespie and Eugene Mondie.