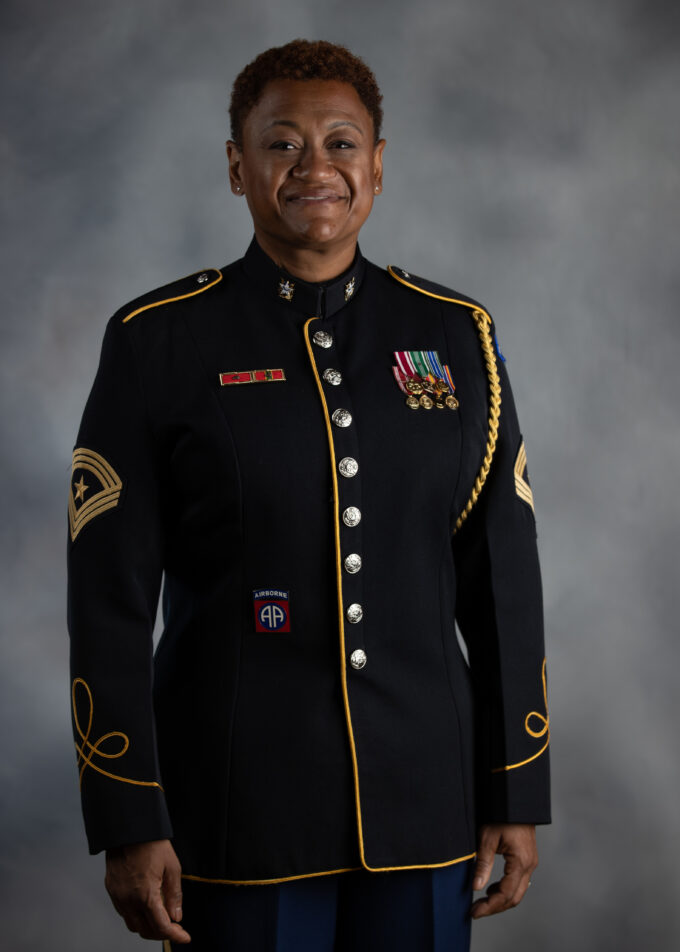 SGM Christal J. Rheams is an Alto Vocalist and Producer with The U.S. Army Band Downrange. Originally from Raleigh, North Carolina, she began her career in the Army in 1993 when she was assigned to the 2nd Armored Division, Fort Hood, TX. She is an honor graduate of the Army’s Logisitics Management School. In 1998, while attached to the 4th Infantry Division Band, she became a member of “Pershing’s Own,” performing with The U.S. Army Chorale and Downrange. From 1989 to 1993, Rheams majored in Communications at the University of North Carolina and is currently continuing her studies at the University of Maryland. She began her music career performing in productions with such notables as Terrence Mann (Les Miserables), Sharon Lawrence (NYPD Blue), and Lauren Kennedy (Jason Robert Brown). Her theatre credits include Pippin, Jesus Christ Superstar and West Side Story. Rheams is proud to be a charter member of the Army’s annual Hope & Freedom Tour supporting soldiers in the Middle East. She has had the pleasure of performing with the Cleveland Pops Orchestra, North Carolina Symphony, and has shared the stage with such outstanding performers as Wayne Newton, Lee Ann Womack, Lou Rawls, and Kenny Loggins.