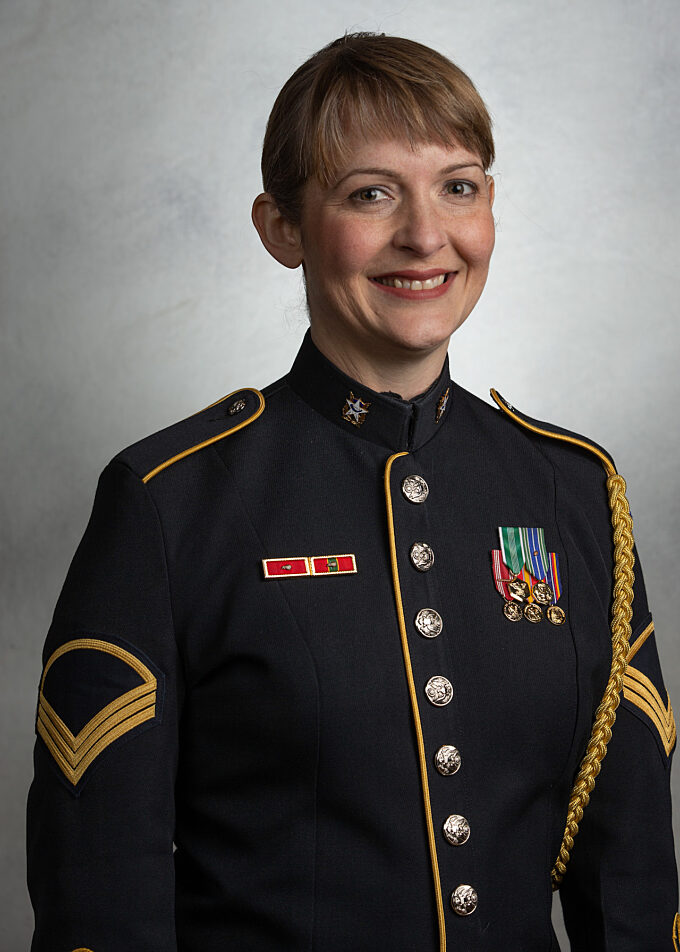 SFC Christina Wensel joined the The U.S. Army Band "Pershing's Own" in 2008. She received her Bachelor of Music Degree in Violin Performance from Oberlin Conservatory where she studied with Gregory Fulkerson. She earned her master's degree from the Juilliard School, where she studied with Ronald Copes. Wensel has performed at many concerts and festivals including the UBS Verbier Festival, the MoMA Summer Garden Series, the New York String Seminar, and the New Hampshire Bach Festival. She has been a featured soloist with the Dayton Philharmonic, The U.S. Army Strings, the Galesburg Symphony, and the Midwest Young Artists. As a member of the UBS Verbier Festival Orchestra, she toured Europe and North and South America with Maestro James Levine. Wensel has also performed with Kanye West, Duncan Sheik, and Euan Morton. Born in Evanston, Illinois, she is a much sought-after fiddler, playing for dances and workshops throughout the U.S. and Europe. Wensel now lives in Fairfax, VA, with her husband Ben and three children.