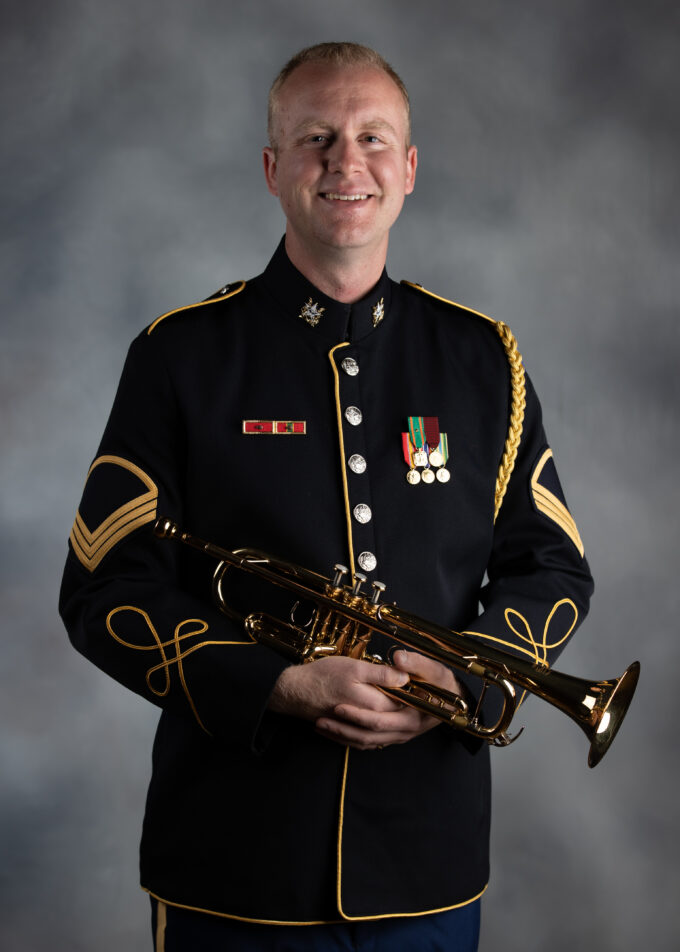 Doctorate or Performance Certificate: Frost School of Music at the University of Miami

SSG Christopher Burbank, a native of Bedford, NH, earned a Bachelor of Music Education degree from the University of New Hampshire, a Masters of Music degree in Jazz Studies at the Juilliard School, and a Doctorate of Musical Arts in Jazz Performance at the Frost School of Music, University of Miami. Burbank has had the privilege of studying with Brian Lynch, Eddie Henderson, Terence Blanchard, and Clark Terry.

While pursuing his master’s degree at the Juilliard School, Burbank was active on the New York City jazz scene, performing as both a sideman and a leader at such venues as Dizzy’s Coca Cola Club and Smalls Jazz Club. He represented the Frost School of Music at the New Orleans Jazz and Heritage Festival and the Monterey Jazz Festival. In 2014, he was selected as a semifinalist for the Thelonious Monk International Jazz Trumpet Competition in Los Angeles, CA.