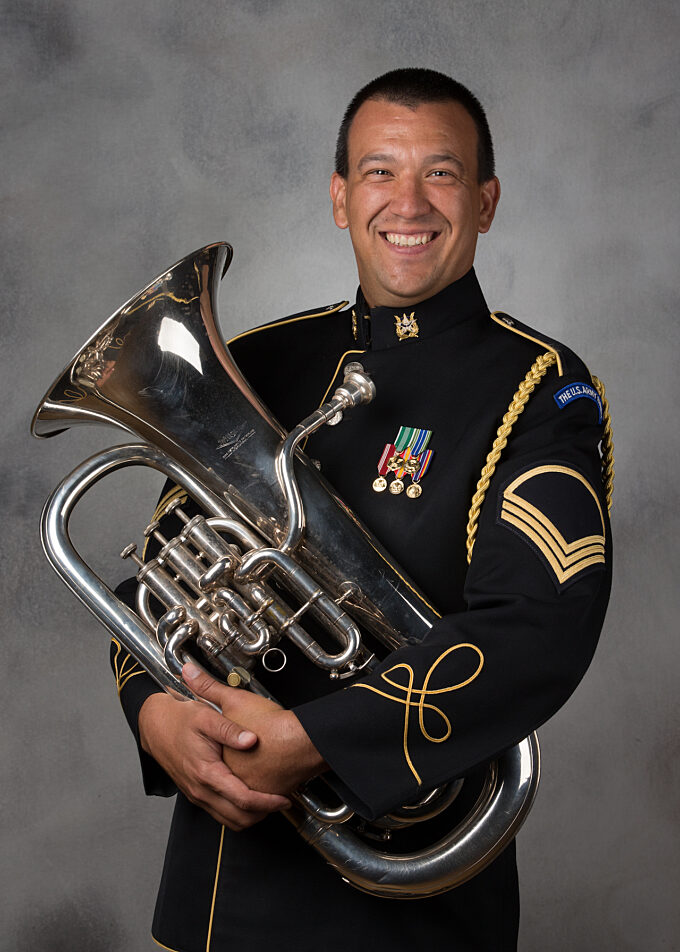 Doctorate or Performance Certificate: The University of North Texas

SFC Christopher Buckley is one of the newest members of the United States Army Band. He grew up in a large family on the South Texas border. While in Texas he competed in several international euphonium solo competitions, including the Leonard Falcone International Solo Competition where he won 1st place in 2009. While at the University of North Texas he played in many professional ensembles including the Dallas Wind Symphony, Lone Star Wind Ensemble, and the Dallas Civic Wind Ensemble. He also performs on tuba and trombone in many jazz ensembles. He lives in Arlington, Virginia, with his wife Leah where they are constantly searching for Mexican food as good as the food in Texas. They live with two crazy cats named Oscar and Battle Cat.