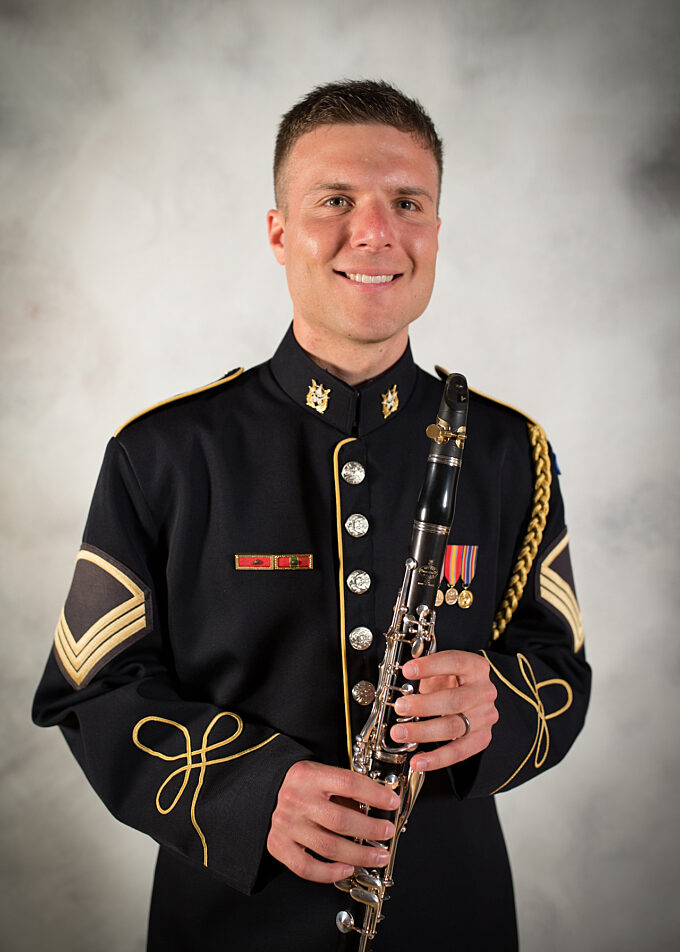 SFC Christopher Reardon is a native of Long Island, NY. He received a Master of Music degree from University of Maryland, College Park and a Bachelor of Music degree from Indiana University studying with Eli Eban, David Jones and Chris Vadala. In 2010, Reardon accepted a position with The U.S Army Field Band at Fort Meade, MD, where he performed as clarinetist and saxophonist on concert tours throughout the United States. In 2013, he joined The U.S. Army Band’s Ceremonial Band as a member of the clarinet section. As a woodwind musician, Chris regularly performs with theater companies and orchestras around the Washington, D.C., and Baltimore areas and maintains a private studio for aspiring musicians.