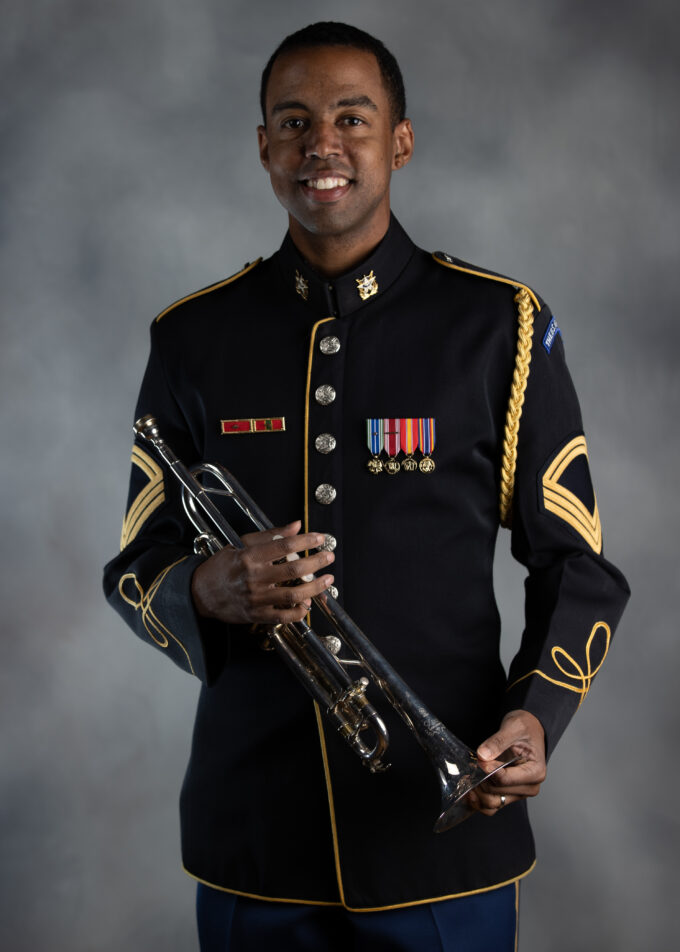 SFC Christopher Watkins, trumpeter for The U.S. Army Ceremonial Band, joined "Pershing's Own" in April of 2013. A native of Marietta, Georgia, he began playing trumpet at the age of 11. Watkins received a Bachelor of Music degree from Louisiana State University and completed his Master of Music degree at the Manhattan School of Music. His teachers include Mark Gould, David Bilger, Brian McWhorter, Brian Shaw, and his father, Alfred Watkins. Watkins was awarded fellowships with the International Lyric Academy and the Bravo! Vail Valley Music Festival as part of the resident quintet. He has performed with the Tuscia Opera Festival, Ochestra Sinfonica del Progetto, One World Symphony, Cobb Wind Symphony, and Baton Rouge Symphony. When not making music, Watkins enjoys watching sporting events and rooting for his LSU Tigers football team.