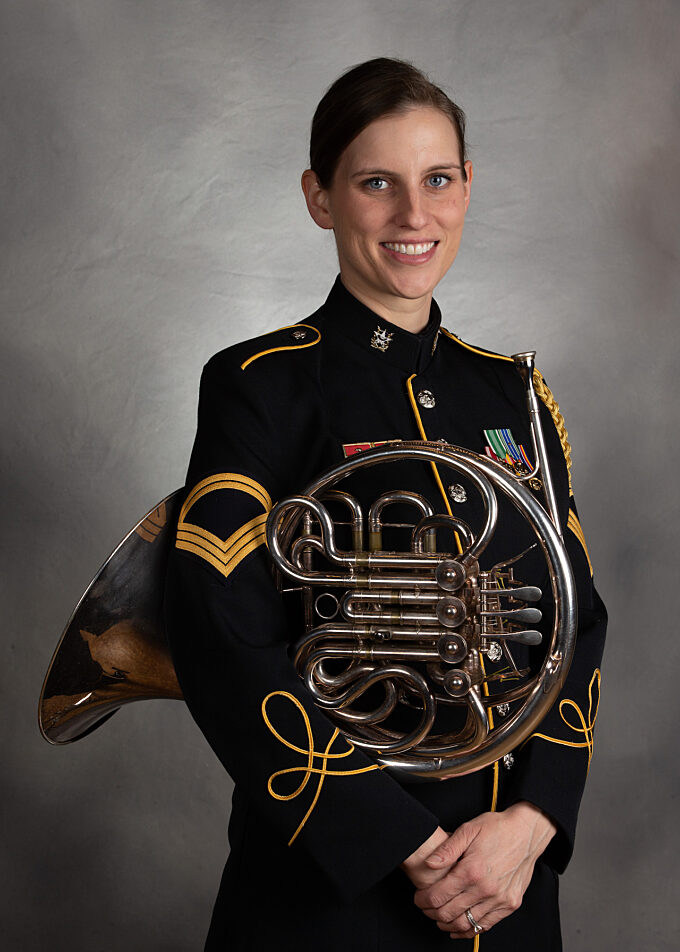 A native of Central Pennsylvania, SFC Christy Klenke attended Duquesne University in Pittsburgh, PA, where she earned her bachelor’s degree in music therapy. She studied horn performance at Yale University and the Peabody Conservatory, and her teachers include Zachary Smith, William Caballero, William Purvis and Denise Tryon. Klenke began her Army career with The United States Army Field Band, where she spent four years performing throughout the country. She joined The U.S. Army Band “Pershing’s Own” in 2014. Klenke is a Board Certified Music Therapist and enjoys integrating these skills with her work at “Pershing’s Own.”