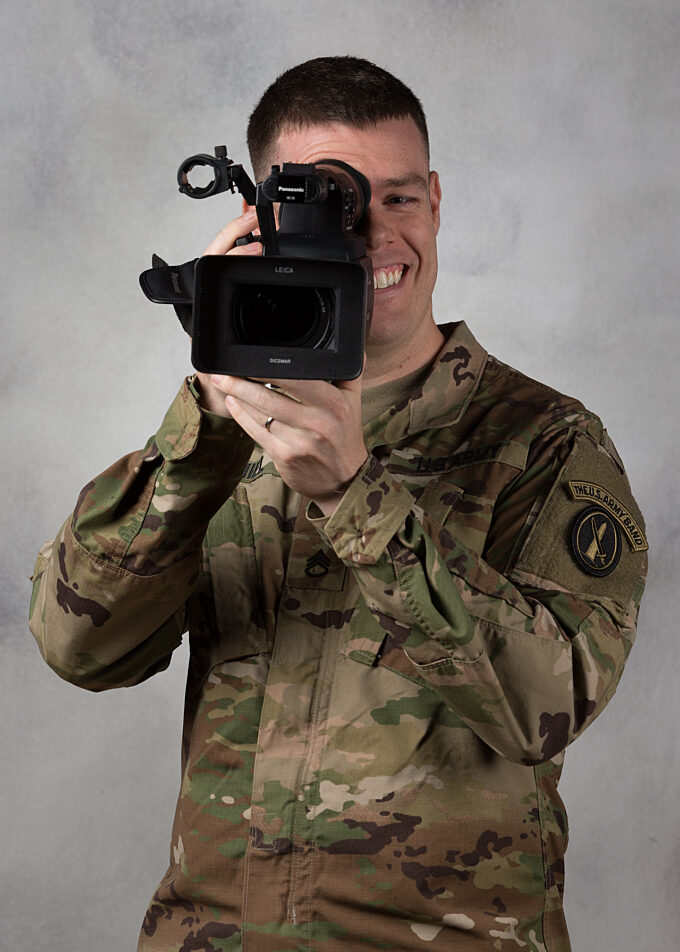 SFC Clark McDaniel is the Video Producer for The U.S. Army Band "Pershing's Own." In 2006, he earned a Bachelor of Arts degree from The University of North Texas where he majored in Radio, Television, and Film Studies.

Interestingly, The U.S. Army Band "Pershing's Own" hired McDaniel to take on his role as Video Producer while still serving as a bass guitarist and as part of the public affairs team with Navy Band Southeast in Jacksonville, Florida. Prior to joining the military, McDaniel worked with various production companies in Northern Texas and spend several years creating original programming as the video producer for his home town of Flower Mound, Texas.

He and his beautiful wife, Sesalle, have one daughter, Amelia.