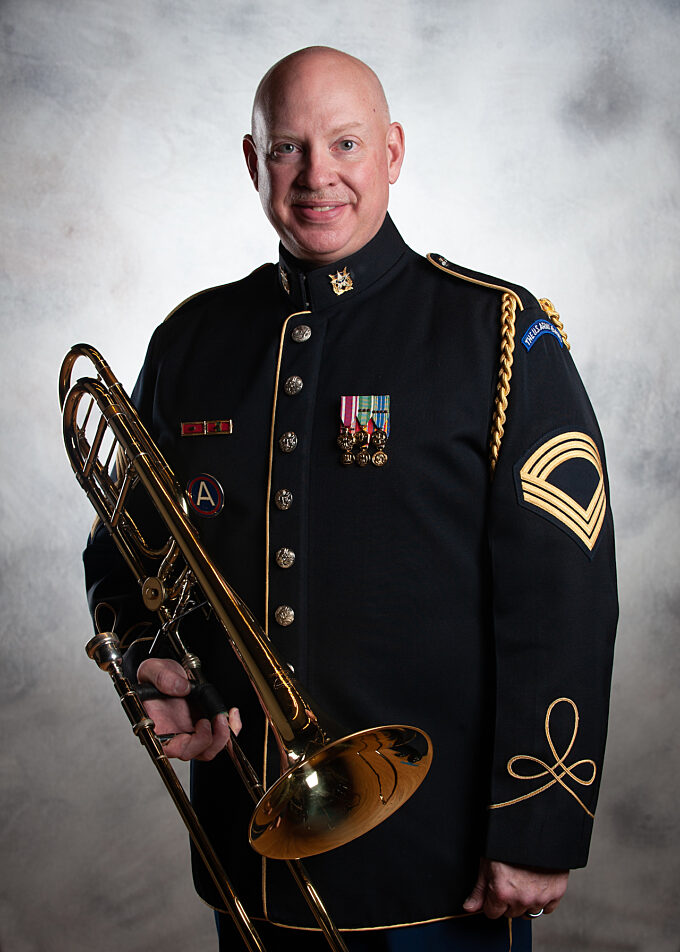 MSG Dale Moore, trombonist with The U.S. Army Ceremonial Band, joined The U.S. Army Band in 2004. Prior to his enlistment, Moore completed his BM and MM Degrees at The Florida State University and his DMA at The University of Minnesota. His past teachers include Teddy Arnold (bass trombonist with the Jazz Knights – USMA West Point Band), Dr. James Roberts (Jacksonville State University), Dr. John Drew (Florida State University), and Thomas Ashworth (University of Minnesota).Moore also performs with The U.S. Army Band Herald Trumpets, becoming a full time member in 2009. A variety of performance opportunities within the U.S. Army Band have taken him across the United States and Canada, ranging from The Atlantic Brass Quintet seminar in Sonoma, CA, to a U.S. Army Herald Trumpet performance celebrating the 50th Anniversary of the opening of the St. Lawrence Seaway.